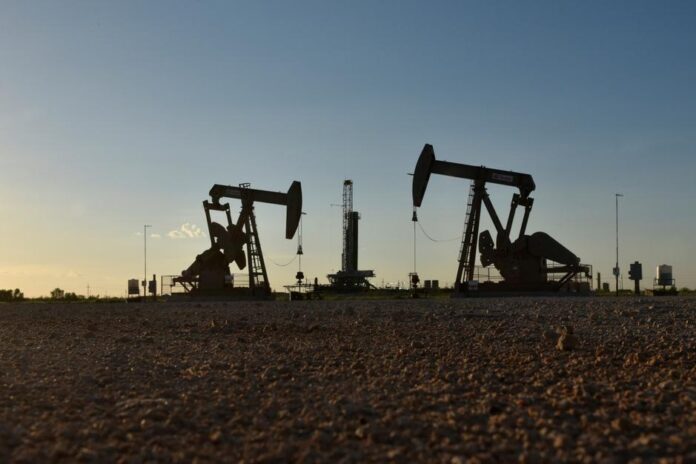 LONDON: Oil prices jumped by more than 3pc on Wednesday on media reports that scientists have developed a drug against the fast-spreading coronavirus that continued to weigh heavily on global economic activity.

News that the Organization of the Petroleum Exporting Countries and its producer allies are considering further output cuts to counter a potential squeeze on global oil demand further supported that had collapsed by more than 20pc since early January.

China’s Changjiang Daily, the official newspaper of the city of Wuhan where the virus outbreak began, reported on Tuesday that a team of researchers led by Zhejiang University professor Li Lanjuan have found that drugs Abidol and Darunavir can inhibit the virus in vitro cell experiments.

Separately, Sky News reported that a British scientist has made a significant breakthrough in the race for a vaccine by reducing part of the normal development time from two to three years to only 14 days.

A vaccine will be too late for the current virus but the breakthrough will be crucial if there is another outbreak, Sky said.

Thousands of passengers and crew on two cruise ships in Asian waters were placed in quarantine for China’s coronavirus on Wednesday as airlines, car manufacturers and other global companies counted the cost of the fast-spreading outbreak.

“The (Chinese) economy will be weakened for some time to come as quarantines, social distancing and travel restrictions remain in place,” BNP Paribas analyst Harry Tchilinguirian told the Reuters Global Oil Forum.

“But as financial markets are anticipatory, one can see how favourable news in relation to potential medical solutions, or indications that we have reached a turning point in the progress of the virus outbreak, are likely to be interpreted positively.”

OPEC and allies led by Russia, a group known as OPEC+, weighed the impact on global oil demand and economic growth from the coronavirus outbreak at a meeting on Tuesday, hearing from China’s envoy to the United Nations in Vienna.

Gold prices steadied after touching their lowest in two weeks on Wednesday, as reports of drug breakthroughs in treating the coronavirus lifted European shares and dented some of bullion’s safe-haven appeal.

“Investors are expecting less risk coming from the virus epidemic, good measures are being taken to try to contain the virus and that is giving good optimism in the markets,” ActivTrades chief analyst Carlo Alberto De Casa said.

The easing monetary policy measures from China have “calmed down the storm in the markets and investors are quite reassured by this.”

“Just the fact that nobody (in China) is going out, nobody is spending money, everything has come to a complete standstill, it’s going to be very bad for the Chinese economy at least in the short term,” MKS SA’s Nabavi said.