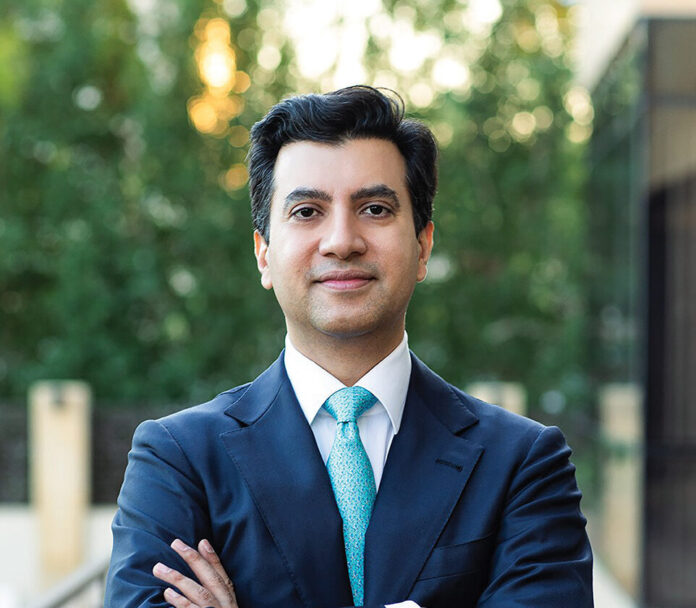 Siddiqui is someone perfectly comfortable in working for the government. He is known for representing Pakistan as the ambassador to the United States between March and December 2018, under the Pakistan Muslim League Nawaz (PML-N) government, subsequently, he was appointed Ambassador-at-Large for Foreign Investment in June 2019  under the Pakistan Tehreek-e-Insaf government.

So when it came to leading the Prime Minister’s agenda at this year’s World Economic Forum (WEF), held from January 21 to 23 in Davos, Siddiqui seems to have been a natural choice. His investing background, coupled with his ease at representing Pakistan on a global stage, made him the ideal fit for the occasion.

In this interview, Siddiqui explains what happened behind the scenes at Davos this year, and how Pakistan is reshaping its narrative to global policy makers and investors.

Profit: Give us a little back story on your role at the backend that led up to Pakistan’s participation at the World Economic Forum in Davos?

Ali Jehangir Siddiqui: The World Economic Forum (WEF) is an excellent community of thought leaders across business, political and academic sectors that comes together annually in Davos to shape global, regional, and industry agendas. I have been associated with the Forum since 2014 when I became a part of the Forum of Young Global Leaders, a community within WEF that is made up of young people under-40 who have achieved some level of leadership in business, science, philanthropy or politics.

Purposeful participation by the Government of Pakistan at what is the world’s premier business forum, is essential for Pakistan to take a targeted step towards its engagement with the decision makers of global economies and in attracting foreign investment. Both while serving as Pakistan’s Ambassador to the United States and in my current role as Ambassador-at-Large for Foreign Investment, it is my goal to have Pakistan approach the international business community in the most effective and focused manner. The WEF annual meeting in Davos is a perfect opportunity to tell the Pakistan story, meeting companies that do business in Pakistan to invest more and attracting new companies to invest in Pakistan.

As Ambassador-at-Large for Foreign Investment and someone who is quite familiar with WEF, I was tasked to lead the Prime Minister’s agenda for the WEF Annual Meeting 2020.

Successful participation at WEF requires a lot of planning and coordination, internally and externally. How to make the best use of the Head of Government’s time is key in determining which events to participate in, which meetings to plan and take and which to regret. 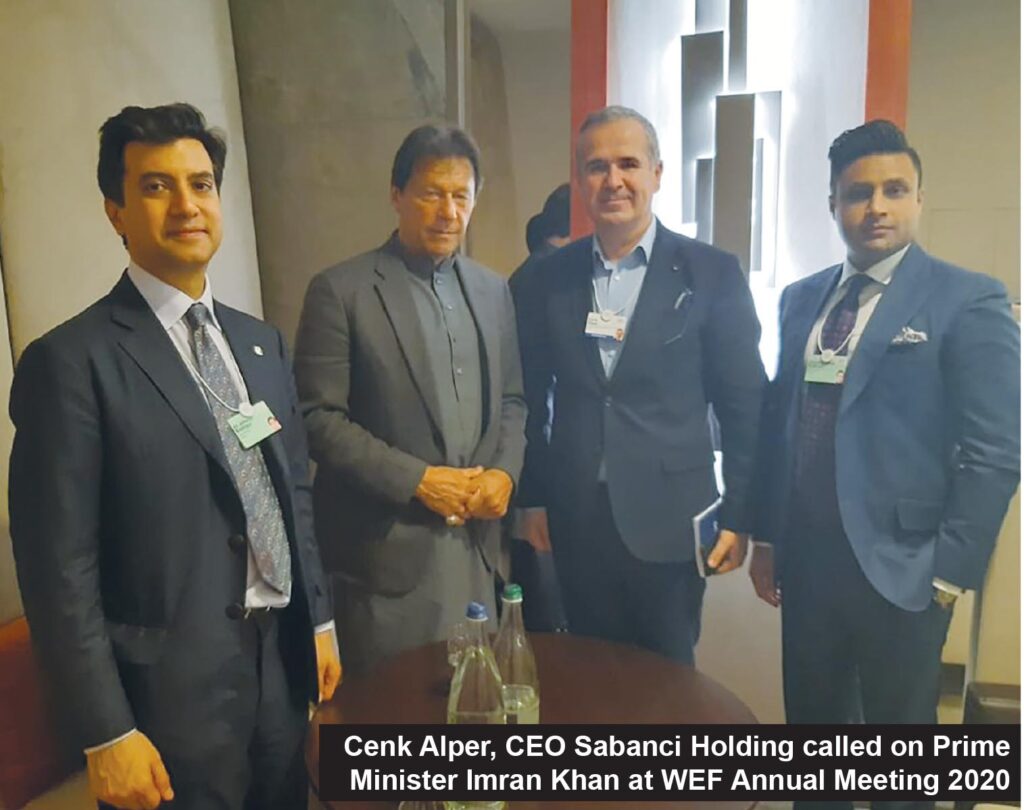 For two months, we worked in close coordination with the program staff at WEF as well as multiple organizations to iron out an impactful schedule of interactions and meetings with an audience of leaders from the global business community, multilateral organizations and global media. There was a lot of internal whiteboarding of ideas, themes, stories worth telling and achieving specific targets that was cross-referenced with research on all participating organizations to help shape the contours of our agenda.

The next phase was for our team at the Prime Minister’s Office and the companies we wanted to engage to communicate, agree on areas of interest, share data and answer questions on Pakistan.  Following this phase, a series of pre-engagements took place, many of which required face-to-face meetings to negotiate the objectives and outcomes of each meeting with the Prime Minister. In Davos, most meetings tend to stay under 20 minutes – therefore it is important to ensure that the outcomes of both parties are pre-discussed and planned prior to the meeting with the Prime Minister.

Profit: What was the framework with which Pakistan approached Davos this year, and what would you say made it successful?

AJS: We approached Davos 2020 with defined themes and a team that spoke the language that business leaders sitting across the table understood.

Our mandate was to tell the Pakistan story and be very specific about what we could do with each company we were meeting. The satellite view includes the fact that we have jumped in the Ease of Doing Business rankings and have been awarded the position of one of the top reforming countries globally. Highlighting this jump is key in building investor confidence in Pakistan. Additionally, we have some of the lowest costs of labor in the region and want to attract business across industries to come and create high value jobs in Pakistan.  Investors naturally had a lot of questions about our macro data as we are in the IMF program.  We answered these questions and provided necessary data in advance of the meeting with the Prime Minister so that in the meeting, investors would already be familiar with our reform program and comfortable with our performance. 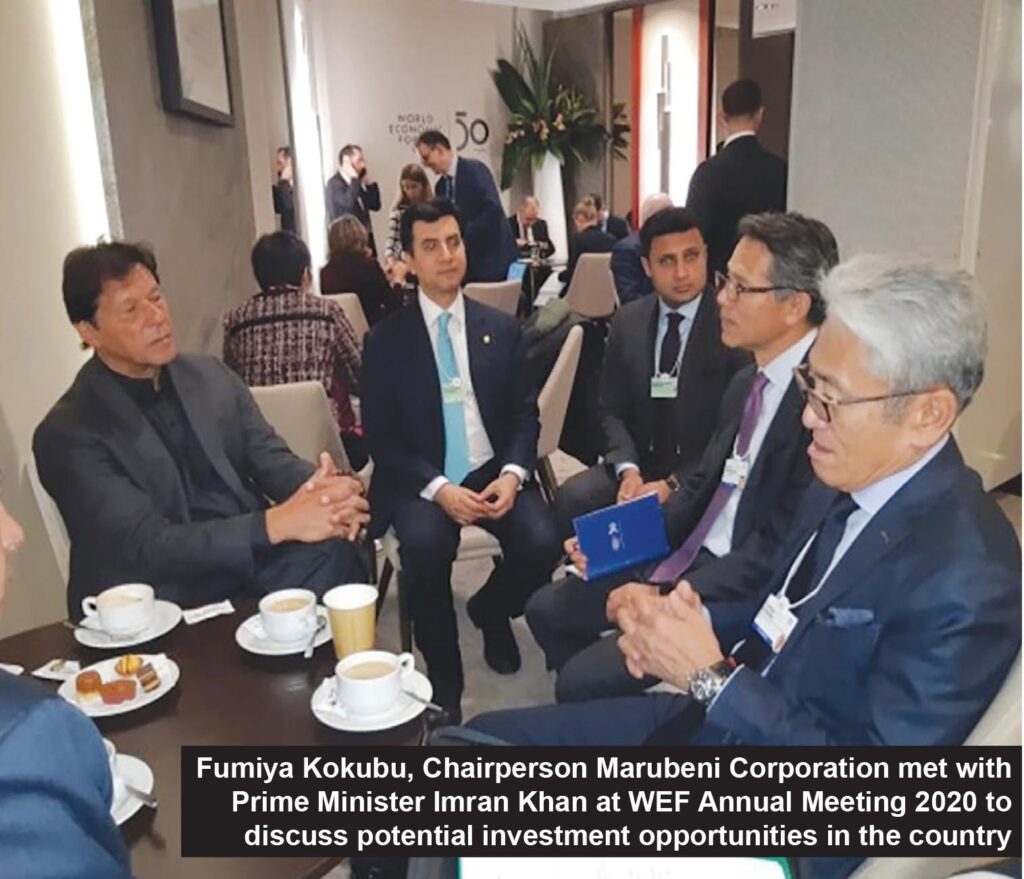 The themes for the visit were derived from overlapping regional, industrial, and national objectives. We led a series of engagements with some of the largest Turkish conglomerates determined through a regional theme of close economic partnership with Turkey. Japan has been a key economic partner with a large footprint in Pakistan, but we have not nurtured this relationship to its full capacity in the last few years – so we engaged with global heads of Japanese companies to identify new areas of investment. Additionally, Pakistan is a hub of low-cost high-value IT resources and in line with the vision of Digital Pakistan, we led successful meetings with leading technology companies to attract their software development labs to Pakistan. These constituted our three key themes. We also met existing investors in Pakistan to have them make further investments both in their existing businesses and in new areas.  Many of these investors need incentives and some matters that need resolution, so we have proactively engaged them to move things forward.

The key to success on this global stage is to take our ‘A-Team’, which we did with all the key economic decision makers present who as expected delivered to provide great credibility and confidence to the foreign investors.

Profit: Pakistan is a country that draws mixed reactions from the international community, especially business leaders. What is the biggest challenge faced while positioning Pakistan in front of international
businesses?

AJS: The biggest challenge is getting caught up in the narrative the world or competing countries set for you – whether it is at WEF or any other interaction. That leads to one being on the defensive.

In Pakistan’s case, dated representations of insecurity and political instability have been used to undermine the many advantages of doing business in Pakistan and that the country is a very lucrative market for foreign investors.

Taking control of our own narrative is important otherwise one will always be firefighting the next adjective associated with Pakistan. It is not hard but requires a decisive push to disseminate factual information through the government as well as through partners engaged in successful businesses in Pakistan.

The first step is to be on the offensive.  For example, as the 6th largest country in the world and a major global producer of agricultural products and technology services, it would be a missed opportunity for global investors to overlook Pakistan. This is then followed by asking the leaders of foreign investors currently involved in Pakistan to tell their stories both of success and of the challenges.  There are no emerging markets where foreign investors don’t have challenges so it’s important to have a frank discussion on those as that adds to the credibility of the government.  Then sharing future opportunities.

Profit: What happened at WEF this year?

AJS: This year at WEF, we had over 20 successful corporate meetings complemented with WEF’s public and private program specific to Prime Minister Imran Khan, political bilaterals and media interactions. It was a busy schedule.

WEF hosted a country strategy dialogue with 25 global Fortune 500 leaders for Prime Minister Imran Khan designed to help share Pakistan’s strategic priorities for investment.  We have several follow up inquiries from these companies.

After many years, the Prime Minister of Pakistan was given the opportunity to address the larger WEF community during what is known as a special address in the Congress Hall. This is a large-format, live-streamed speech with a significant audience. This was received very well by the global investment community.

In two days we met companies whose total market worth surpassed many multiples of our GDP. We met leading companies with diverse areas of business such as SAP, Siemens, YouTube, USM Holdings, Sumitomo, Marubeni, Facebook and Coca-Cola plus many conglomerates from around the world.

Media interactions with BBC, CNBC and a meeting with the International Media Council which are leaders from the global media community that meet annually in Davos comprehensively propagated our communications to the worlds opinion makers.

Profit: What is the plan going forward?

AJS: The plan going forward is to nurture each relationship in a structured manner. Companies currently active in Pakistan have responded favorably to the consideration of creating more jobs and upskilling existing labor. SAP, YouTube, Facebook, and GSMA have agreed to offer digital upskilling opportunities in partnership with local universities and other organizations – so one of the earliest tasks will be to broker these successful partnerships.  These companies are also looking to expand their business in Pakistan.

SAP and Siemens want to benefit from Pakistan’s low-cost resource known for providing high value software engineering. These will create many high paying jobs in the technology sector.

Profit: In your opinion, what is going right for Pakistan at this moment?

AJS: In recent times, Pakistan has been building on its image as an economy that is improving on its Ease of Doing Business rankings which has led to a strong increase in foreign investment.

With our currency being fairly priced, we are more competitive now in terms of labor and other domestic resources.

The landmark meeting between Prime Minister Khan and President Trump was quite positive and helps boost global confidence further. This continued and frequent engagement with the US Government as it was the third such meeting between our leaders in 7 months demonstrates to the world that our relationship continues to grow, and that the US is very supportive of more economic engagement with Pakistan.

Profit: What drives you to serve Pakistan and how have you felt about this journey?

AJS: Public service is a duty and different people fulfill it in different ways.  For me, it led me directly into government and for that I am deeply honored.  My paternal and maternal grandfathers, and many of my uncles and my aunt were public servants.  My mother spent her career as a public university professor. So it has been in my DNA in a manner of speaking.  Not many people get this opportunity, so I treat it as a privilege.  It is very rewarding when we complete something meaningful or work to avoid costly errors. Even prior to joining the government, I have considered myself an ambassador of Pakistan and that will always continue regardless of it being my official title or not. 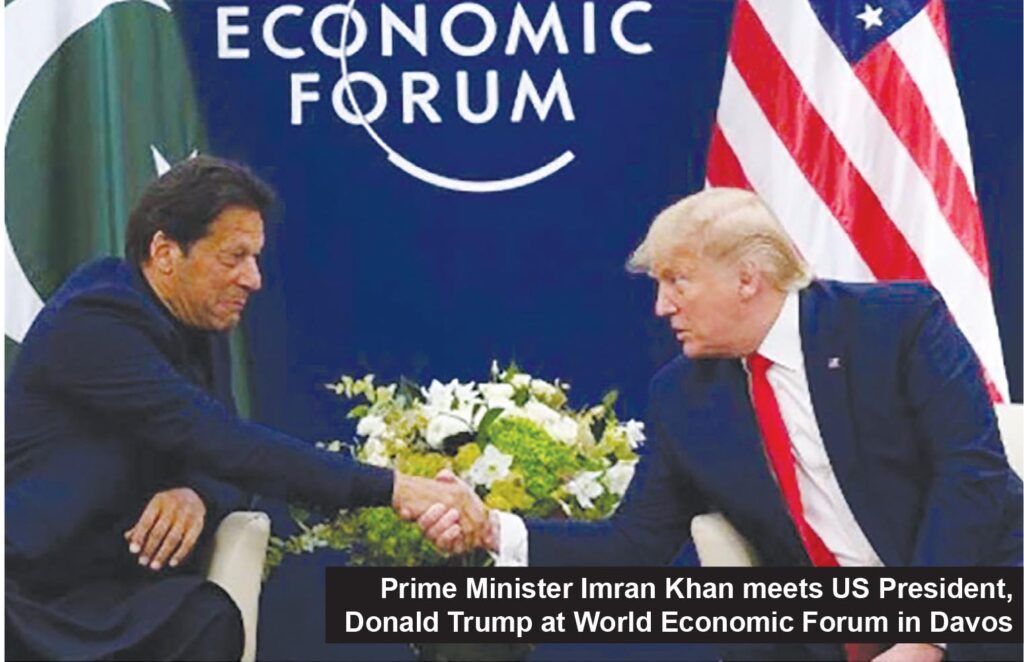 Profit: Would you like to see more businessmen from Pakistan as
members of the World Economic Forum at Davos and how do you think this level of networking will impact their future projections?

AJS: I would like to see Pakistan and Pakistani businesses represented at every forum that enables constructive dialogue and the shaping of the global economic and political agenda.  Unfortunately, our private sector is far behind in our representation on the forums that matter, and I would encourage businesspeople who are interested to reach out to me if they need any guidance or assistance.