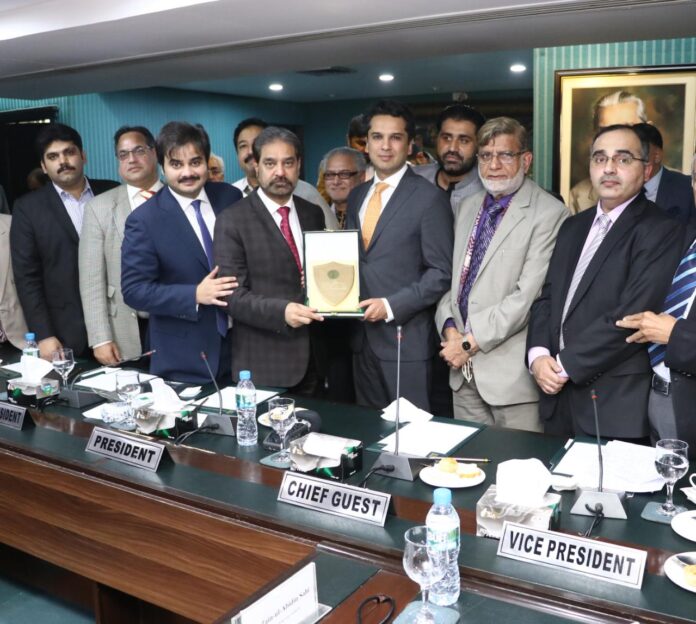 LAHORE: Punjab Finance Minister Makhdoom Hashim Jawan Bakht said on Monday that in order to facilitate businesses across the province, an internal study of the provincial government has identified more than 50 taxes for abolishment.

“The abolishment of such taxes will not harm the exchequer or ease of doing business (EODB) index. The National Tax Council has been asked to play its role for tax harmonization,” the minister said while talking to businessmen at the Lahore Chamber of Commerce & Industry (LCCI).

“We want to enhance tax-to-GDP ratio but not at the cost of economy,” he stated, adding that an inspection-less regime and digitalization would further improve the country’s EODB rankings.

He said work on an e-payments system was on the way. “A major part of the Annual Development Plan (ADP) was being spent on those projects that would promote trade and economic activities.”

Bakht said the provincial government would prepare next budget in consultation with the stakeholders as economic revival was not possible without their due participation.

He said the revival of construction sector was a must as 16 per cent tax was imposed on this sector last year which was replaced with a flat rate.

“We are looking into property tax, DC rates, stamp duty and FBR rates and will give you good news in this regard,” the minister added.

LCCI President Irfan Iqbal Sheikh drew the attention of the finance minister to the unexpected slash in the ADP’s expenditure over the time from Rs576 billion in 2017-18 to Rs350 billion in budget 2019-20.

He was of the view that it had negatively impacted the ongoing infrastructure projects and other development activities in the province and had also resulted in an economic slowdown.

Sheikh said there should be a considerable increase in the ADP size for the year 2020-21 to stimulate economic activity in the province.

The LCCI president said the Sales Tax on Services was being charged at different rates by the Punjab Revenue Authority (by 16pc) and Sindh Revenue Board (by 13pc), which created an environment of competition among the provinces.

“A uniform rate of ST on Services should be charged by all the provinces,” he suggested.

Sheikh said Punjab holds paramount importance in Pakistan’s EODB and Lahore accounts for 35pc in the calculation of overall ranking, adding there was a tremendous potential of improvement in the ‘Paying Taxes’ ranking as Pakistan stood at 161st position in this indicator.

“There is also a need to reduce provincial tax payments, which are more than 120 in number, according to the annual budget statement of the Punjab government. Many of these taxes have small collection amounts i.e. less than Rs1 million and can easily be abolished or clubbed into other taxes,” the LCCI president added.

He said some steps must also be taken to separate tax collection from service provision so that departments like PESSI etc. stop sending inspectors for tax collection and better focus only on delivery of services like hospitalization, pensions, injury/death grants etc.

He said that to give a boost to the pace of industrialization, there should be “Tax Holiday” announced for all Provincial taxes and levies for at least 3 years for the newly registered companies, especially for SMEs.