Industries should be given tax-free gas, apex court suggests 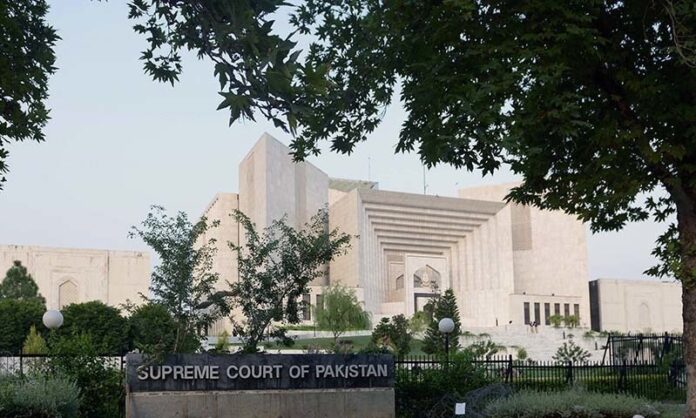 ISLAMABAD: The Supreme Court (SC) on Monday said that the agriculture sector and industries should be provided tax-free gas.

During the course of the proceedings, Advocate Makhdoom Ali Khan, counsel for a private company, continued arguments from SC Karachi Registry through video link and stated that the government imposed Gas Infrastructure Development Cess (GIDC) for completion of different gas projects.

He said that the purpose for which money was collected was not used for that purpose.

He also said that the Peshawar High Court (PHC), in its decision, declared that the cess would benefit the nation. The cess money was to be spent on only three projects, he added.

He further said that the government had collected Rs295 billion in this regard.

Khan said that the Pakistan-Iran gas pipeline project had been stopped due to sanctions and Pakistan had already paid its share on the TAPI project.

He said that the government had spent only Rs487 million from Rs295 billion.

He also said that the government did not spend a single penny on the LNG from cess fund. Two private companies set up terminals for LNG, he added.

He further said that the PHC did not consider the facts. He added that the PHC, in its decision, had stated that only the federal and its units could challenge the act.

Justice Mansoor Ali Shah asked could Pakistan not start its own beneficial project despite the sanctions. Sugar mills were also charged for the construction of roads, he added.

Justice Faisal Arab asked the counsel to inform the court whether it was a tax or cess. Advocate Makhdoom Ali Khan said that in his view this was not a tax.

Justice Faisal Arab said that agriculture and other industries should be provided tax-free gas.

He asked whether the industry did not want gas. He asked why LNG was not being considered in this cess as LNG was being transported through ships and terminals had been established in this regard.

The court then adjourned the case until Tuesday.