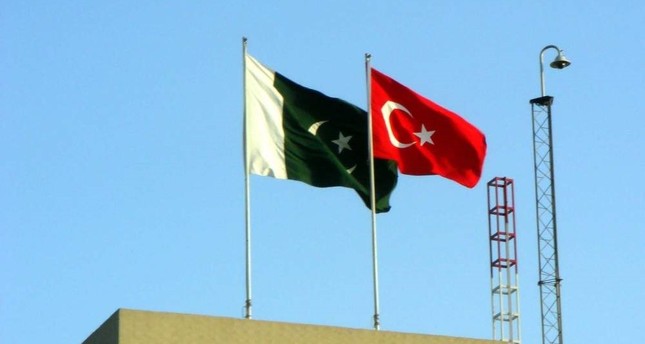 LAHORE: Turkish President Tayyip Erdogan would be accompanied by a delegation of 34 prominent Turkish companies during his upcoming visit to Pakistan.

As per sources privy to this development, both sides would mull agreements pertaining to bilateral trade and investment, as some Turkish companies had already expressed their keen interest to invest in the major sectors of Pakistan.

According to an official of the Punjab Industries, Commerce & Investment Department, a delegation of 16 companies, led by Turkey Pakistan Business Council Chairman Atilla D Yerlikaya, had visited Pakistan in 2018.

At that time, he added, the Punjab government and the Punjab Board of Investment (PBIT) had discussed with them ways to intensify and further expand trade and economic corporation between the two countries.

“The same companies are again coming to Pakistan with the delegation… they are now coming to execute their plans to enhance bilateral trade,” the official claimed.

Meanwhile, talking to this scribe, PBIT Chief Operating Officer Muhammad Haroon Shaukat, who was the former ambassador of Pakistan to Turkey, said Turkey and Pakistan enjoyed a mature and friendly relationship and that both countries wanted to work together.

This visit of the Turkish president would provide a great opportunity to Pakistan, as it would hopefully bring a huge amount of investment, he added.

He said there were around five to six major Turkish companies that had already invested heavily in Pakistan. “The Coca-Cola Beverages has an investment of approximately $600 million in Pakistan and they have established two factories in Multan and Faisalabad. Similarly, as our automotive industry is growing and new companies from China are establishing their factories in Pakistan, Turkey is also interested to establish their plants in the country.”

On a query regarding the activities of the business delegation, PBIT Director Marketing Fatima Khan said business-to-business sessions would be organised between investors from both sides.

“We will provide opportunities to our local business industries to interact with them for joint ventures and green-fields projects. As the Turkish investors are already working in Punjab, they know this province is the ideal destination for investment,” she maintained.