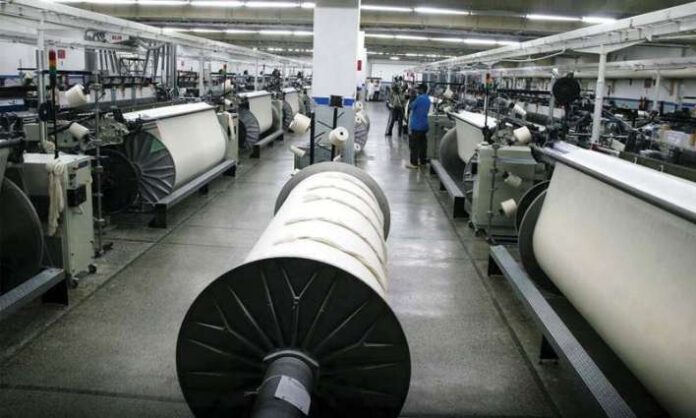 LAHORE: The textile sector was seriously mulling to leave export-oriented businesses in Pakistan if Prime Minister Imran Khan’s commitment to providing energy at the competitive price of 7.5 cents/KWh was not fulfilled, industry leaders said.

Talking to this scribe on Wednesday, the All Pakistan Textile Mills Association (APTMA) Group Leader Gohar Ijaz said that the textile sector could not endorse an inefficient policy regarding energy prices.

“If PM Imran’s commitment is not honoured by the government, the export-oriented industry will not be able to survive,” Ijaz warned, adding that the textile millers couldn’t enhance their exports “owing to the inefficiency and corruption in the energy sector”.

A senior APTMA member, who wished not to be named, feared that if the Power Division’s ill-advised turn on the matter of all-inclusive 7.5cents/kWh electricity tariff for the export sectors was not corrected, they (the industry) would head towards premature deindustrialisation, massive unemployment, a precipitous fall in exports and a bleak economic future.

He informed that surcharges were being applied retrospectively as a result of the division’s letter to the distribution companies (DISCOs) on January 13. “The charges are being levied backdated from January 2019.”

Another senior industry leader told this scribe that the textile sector was also considering to partially switching to alternative ways of energy – solar and captive energy (gas, fuel etc).

APTMA Punjab Chairman Adil Bashir said he had already installed solar power in his industry. “It is cost-effective but you can’t use it as the primary source in large scale manufacturing,” he added.

“Textile sector can’t switch 100pc to solar energy but a smaller percentage like 10pc could be done.”

APTMA Punjab Vice-Chairman Aamir Sheikh stated, “Let’s say if my load is 5MW, I can get around 1MW from solar due to space limitations involved with solar energy.

“It requires huge investment and I have already invested in getting WAPDA connection, diesel generators, gas generators, HFO generators etc.

“Had we spent that much additional amounts on our factories’ machinery, Pakistan’s exports would have been doubled by now,” the vice-chairman added.

He was of the view that in China and other countries, the government provides cheap and reliable energy at doorsteps and one does not have to invest in any energy resource.

Talking to this scribe, former WAPDA member power Syed Tanzeem Hussain Naqvi said the country’s industry was in a highly volatile condition owing to frequent electricity tariff hikes, which were due to mismanagement of the power sector.

“The energy mix of generation has led to this situation which is devastating for the industry as well as general consumers,” he added.

Naqvi said that even if the textile sector moves to solar energy for 8 hours, it would bring down their average energy cost to 6 cents/kWh.

The power sector expert added that if the government revives redundant state-owned power-generating plants of WAPDA, which were in Lahore, Jamshoro, Rawalpindi, Faisalabad and other locations, it would help the country to produce electricity at a much lower cost.

In that way the government would be easily able to provide electricity to the export-oriented sector at the concessionary rate and also to the masses, he said.

Sources in the power sector agreed that it was the best option in public interest but unfortunately the government didn’t have the resources to revive or replace state-owned power plants.

“If these plants are revived there is absolutely no doubt that the country would be able to produce electricity at a lower cost.

“The Asian Development Bank (ADB), World Bank and other financial institutions are also not willing to fund it,” sources added.