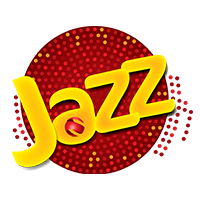 ISLAMABAD: The revenues of Veon, the parent company of Jazz, have been grown by 14.1 per cent after adjustments of negative tax impacts, say its financial statements for FY19.

Jazz’s data customers in the country also grew by 18pc as compared to the previous year, says a press release.

The company headquartered in Amsterdam, Netherlands, released its fiscal year 2019 results on February 14.

As per the report, Pakistan’s 4G smartphone penetration stands at 27pc, same as Ukraine, but ahead of Bangladesh (10pc). The report also showed that 9 million Pakistanis use Mobile Financial Services (MFS) through 7.3 million digital wallets.

On the other hand, there are only 3.5 million monthly active users of the telecom service. (Out of five countries where Veon offers MFS services, Pakistan has the widest customer base and the only country to have digital wallets. Other four markets are Russia, Ukraine, Kazakhstan and Uzbekistan.) Overall statistics show 60.5 million total mobile subscribers, while 39 million data subscribers from Pakistan for Jazz.

According to PTA, total telecommunication investment in the country went from $634 million in 2016-17 to $669 million in 2017-18.For the upcoming fiscal year, Veon plans to further expand its JazzCash as well as data services in Pakistan.

At the time of report release, Veon Chief Executive Officer and Chairperson Ursula Burns said, “You’ll see Pakistan always kind of comes out looking a little bit strangely because of the suo motu effects, but Pakistan has had an outstanding year, had a very, very strong year.”

She said that if the financial impact of new taxes introduced in the country throughout the year were discounted, Pakistan would have shown 14 percent growth.

Veon Chief Operating Officer Sergi Herrero said that the healthcare app by Jazz was going to be a success story for the company. “This is pretty relevant because Pakistan, as you know, it’s a very rural area, so it requires this type of services.”

He also accentuated the importance of Jazz TV owing mainly to the tendency of Pakistani citizens to use the app for live cricket. “The plan here is … continue to invest in the 4G rollout, build an ecosystem of apps, mainly financial services and content distribution, and finally, upgrade these consumers to 4G.”