Stocks close in red ahead of FATF decision 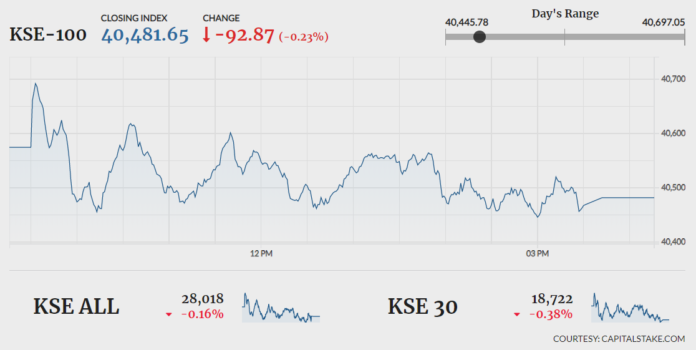 KARACHI: The Pakistan Stock Exchange (PSX) witnessed another range-bound trading session on Thursday, as the investors remained cautious ahead of the Financial Action Task Force’s decision.

According to latest data published by State Bank of Pakistan, the country’s current account deficit declined by 72pc in the first seven months of current fiscal year. The deficit was recorded at $2.65 billion during the period under review as compared to $9.47 billion last year. Imports of goods fell by 20pc to $26.08 billion while exports improved by mere 2.2pc to Rs14.44 billion.

On the market front, Bestway Cement Limited (BWCL -6.18pc) declared its financial performance for the second quarter of FY20. The company’s gross profit margin declined from 33.5pc to 5.90pc in 2QFY20, whereas its cost of sales-to-sales ratio increased from 66pc to 94pc. The company’s earnings per share declined from Rs7.75 to Rs0.20.