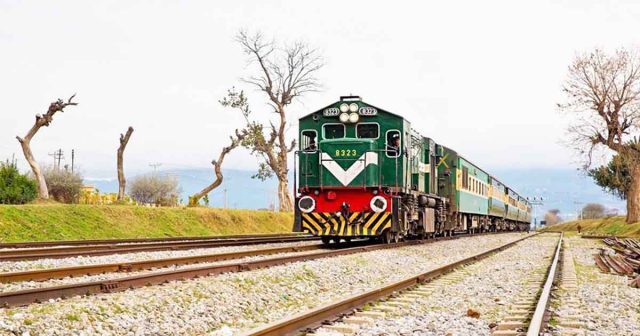 LAHORE: Railways Minister Sheikh Rasheed Ahmed, while addressing a press conference on Saturday, announced that the shuttle train between Lahore and Gujranwala will begin operations from February 24.

“The stops for this shuttle train would be Shahdra, Mureedkay, Kamoki and Aimenabad while the fare would only be Rs100 so that the poor could avail the facility on cheap rates,” he explained.

He further said that initially, three trains would run on the route but more trains will be added later in order to have four trips per day. “To give relief and a better environment during summers, air conditioned coaches will also be added for passengers of these trains,” he said, adding that the traffic load of Karachi would be shifted to the Karachi Circular Railway in a similar manner.

Rasheed further informed the press conference that he would be meeting the Chinese Ambassador on Monday to discuss railway development projects. “We will be discussing the development of roads next to railway tracks on both sides of Nala Layee in Rawalpindi,” he said.

“By the end of April, we will be adding new passenger coaches while the old ones will be repaired and fitted with the latest facilities. We are also working on the branding of railway stations for which tenders would be given soon,” the minister said.

He also said that the revenue from freight and passenger trains has been more than the target. “Last year we reduced a deficit of Rs4 billion and we aim to continue this effort. In this regard, the retrieval of 389 acres of railway land which was illegally occupied should help; the land is worth Rs50 billion,” he said.

“The case of railway pensioners was also taken to the cabinet and the prime minister has formed a committee comprising Hafeez Sheikh, Asad Umer and Dr Ishrat Hussain has been formed to sort out the matter,” he concluded.