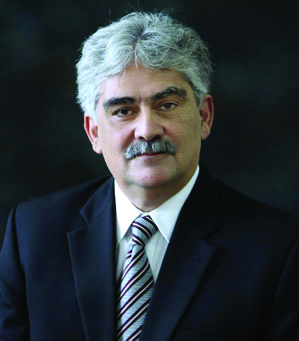 About 60 million uneducated children will enter our labour force over the next decade. All of us should focus our attention to jobs and growth if we are to have any peace here. Yet our policymakers are tailing donors into thinking that all economics revolves around increasing the tax-to-GDP [gross domestic product, a measure of the total size of the economy] ratio. As if tax alone will solve all our problems.

The refrain of donors is: ‘our taxpayers should not pay for your development’. When some of us say, ‘please folks keep your money and the poor quality of consultants it brings; leave us to our devices’, they start pouting.

Donors point to selected countries with a higher tax-to-GDP ratio without establishing a basis for a comparison. Are they implying all countries should have the same ratio? Examine the advanced countries: the US with 27 percent, the UK with 39 percent, Sweden with 46 percent, and Germany with 41 percent. Does this mean the US should increase taxes to 46 percent? Yet the US wants to lower taxes.

Let us face it: there is no theory that tells us that all tax-to-GDP ratios should be the same. Those who use this argument on the media should be reminded of this simple truth.

If we want to compare our tax performance, perhaps we should go back in history and see how the advanced countries did when they were at our level of development. In 1901, the United States and United Kingdom had a per-capita income of about $4,500 and $3,700 respectively. Their tax-to-GDP ratios were 7 percent and 10 percent respectively.

Through most of the First World War the UK’s tax-to-GDP ratio remained in the low teens. Pakistan has a per capita income of around $1,500; should we really be aiming for OECD tax rates?

Why then has our focus been on the tax-to-GDP ratio for the last few decades and not on growth? What if our tax-to-GDP ratio went up to about 15 percent? Would that mean higher growth and more employment for people?

All over the world people associate a tax cut as a policy instrument for stimulating growth. Only in Pakistan will a tax increase stimulate growth. Do they really think that investors will invest more, workers will work harder, and savers will save more because taxes increase?

This theory belies all received wisdom as well as empirical evidence: taxes take from production; they do not increase it.

There is also another false assumption: more revenues will be spent wisely and judiciously, giving us more public goods like education, health and infrastructure.

Recall in 2002 a rescheduling generated fiscal space. Yet a decade later, debt piled up, as well as a humungous energy deficit, bankrupt public sector enterprises (PSEs), failing education systems, and a deteriorating law and order situation.

Were societal investments for public goods made? Not at all. Why then do we hold on to the assumption that more revenues will automatically increase welfare through better public good generation?

Another theory that donors love to put forward is that when people pay taxes they have (or will have) more control over governance. The fee-paying theory of revenue is not cognisant of literature. The Sheriff of Nottingham, despite continuously increasing taxes, gave no representation to people.

This brings us to the heart of the problem. Taxes follow a social contract and a certain need for creating public goods. That is why through history, the sovereign’s power to tax has been severely curbed through parliaments and popular vote.

Kings and governments had to prove a need to tax through identifying clear public welfare programmes that the tax was going to finance. This was at the heart of enlightenment thinking. Donors have forgotten this history. Instead, without regard to public welfare they want the sheriff to get more taxes.

On the other hand, people in Pakistan are asking what their taxes are used for. ‘I get no public service, yet I pay high taxes. Why?’ This is a frequent lament.

People are intuitively in line with enlightenment thinking.

Surprisingly, the donors’ philosophy remains anti-enlightenment, forcing all Pakistanis to pay more regardless of the quality and quantity of public service. Remember there is no applause when the Sheriff of Nottingham raises his tax collection because everyone knows he is collecting for his own welfare.

Our poor governance and failed public service delivery mechanisms are well-known. Should we give such a system more revenues? Surprisingly, that has become the mantra.

What did the system do well when they had more money in their hands? They engaged in poor quality projects that did not deliver social returns. They also engaged in self-dealing  —  maximizing their own perks, plots and welfare schemes. They created unnecessary and unprofitable public sector enterprises.

When I raise this argument with donors, they point to the need to raise taxes to meet with the variety of donor initiatives that they want in the country, ranging from social protection to money-laundering to environment. So, we should tax our people more to follow agendas determined in some dark corridor where we had no say.

Taxes and revenues should be increased in line with what enlightenment has taught us. Our governance system needs reform to make it responsive to people’s needs and to develop its capacity for public service delivery and for public policy.

Reform will also remove the mechanisms of rent-seeking such as perks and plots and align public servants’ incentives with public service delivery. When people see a responsive and capable public sector, their willingness to pay will increase.

To me it seems that public service delivery reform must come before revenue collection. Donors have got it wrong.

Change the sheriff or taxes will go waste.