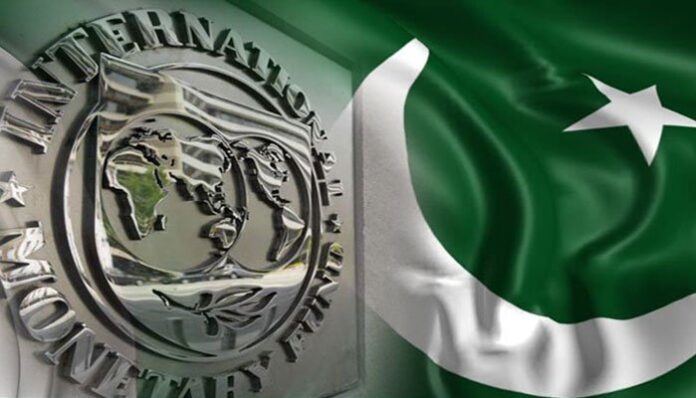 WASHINGTON: Pakistani authorities and the International Monetary Fund (IMF) staff have reached an agreement that could pave the way for a disbursement of $450 million in IMF funds, if approved by the IMF’s executive board, IMF said on Thursday.

“The IMF staff and the Pakistani authorities have reached a staff-level agreement on policies and reforms needed to complete the second review of the authorities reform programme supported under the Extended Fund Facility (EFF),” said Ernesto Ramirez Rigo, IMF Mission Chief for Pakistan, in a statement issued from Washington.

IMF spokesman Gerry Rice also confirmed this and said the staff-level agreement would be reviewed by the Fund’s executive board and IMF management in early April. “Completion of this means that the disbursement, when approved by the executive board, would be around $450m to Pakistan, Rice told a regular IMF briefing.

At the end of 10-day talks with the government last month, the IMF had announced that Pakistan had achieved all of its economic goals in terms of performance. “Considerable progress has been made in the last few months in advancing reforms and continuing with sound economic policies,” the global financial body had said.

The IMF had further noted in its statement that “all end-December performance criteria were met and structural benchmarks have been completed” and in terms of performance, Pakistan achieved all economic targets.

The IMF mission led by Ernesto Ramirez Rigo had visited Islamabad during February 3-13 to initiate discussions on the second review of the authorities’ economic reform programme supported under the Extended Fund Facility (EFF) arrangement.

At the conclusion of the visit, Rigo had said that the IMF team had “constructive and productive discussions with the Pakistani authorities and commended them on the considerable progress made during the last few months in advancing reforms and continuing with sound economic policies”.

KP yet to receive net hydel profit from centre