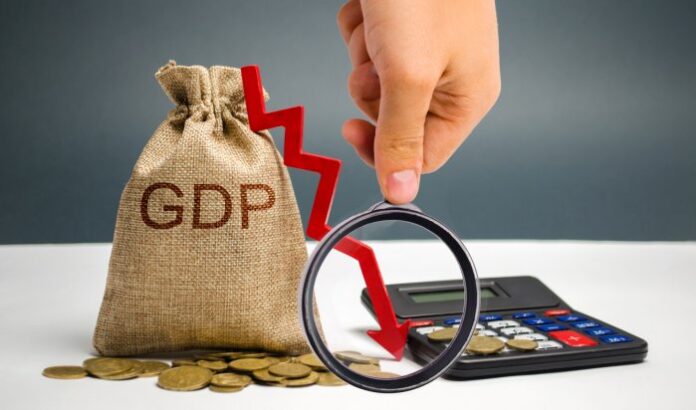 NEW DELHI: India’s economy expanded at its slowest pace in more than six years in the last three months of 2019, with analysts predicting further deceleration as the global coronavirus outbreak stifles growth in Asia’s third-largest economy.

The quarterly figure of 4.7pc growth matched the consensus in a Reuters poll of analysts but was below a revised – and greatly increased – 5.1pc rate for the previous quarter.

The central bank has warned that downside risks to global growth have increased as a result of the coronavirus epidemic, the full effects of which are still unfolding.

“So far as the impact (of coronavirus) on India is concerned we will take some more time to arrive at more accurate conclusions, but coronavirus is definitely going to pull down global growth,” Shaktikanta Das, governor of the Reserve Bank of India (RBI), said in Mumbai.

In its annual budget presented this month, the government estimated that annual economic growth in the financial year to March 31 would be 5pc, its lowest for 11 years.

Modi’s government is targeting a slight recovery in growth to 6pc for 2020/21, far below the level needed to generate jobs for millions of young Indians entering the labour market each month.

The annual GDP figure for the September quarter was ramped up from an earlier estimate of 4.5pc, while the April-June reading was similarly lifted to 5.6pc from 5pc, data released by the Ministry of Statistics showed on Friday.

However, corporate capital investment contracted by 5.2pc after a 4.1pc decline in the previous quarter, indicating that interest rate cuts by the central bank have failed to encourage new investment. Manufacturing, meanwhile, contracted by 0.2pc.

“It appears growth slowdown is not just cyclical but more entrenched with consumption secularly joining the slowdown bandwagon even as the investment story continues to languish,” said Madhavi Arora of Edelweiss Securities in Mumbai.

Many economists said that the government stimulus could take four to six quarters before lifting the economy and the impact of those efforts could be outweighed by the global fallout from the coronavirus epidemic that began in China.

“The coronavirus remains the critical risk as India depends on China for both demand and supply of inputs,” said Abheek Barua, chief economist at HDFC Bank.

Indian shares sank on Friday for a sixth session running, capping their worst week in more than a decade.

The NSE Nifty 50 index shed 7.3pc over the week, while the Sensex dropped 6.8pc, the worst weekly declines since the 2008-09 financial crisis.

A spike in inflation to a more than 5-1/2 year high of 7.59pc in January is expected to make the RBI hold off from further cuts to interest rates for now, while keeping its monetary stance accommodative.

Actionable suggestions from exporters to be given due consideration: PM