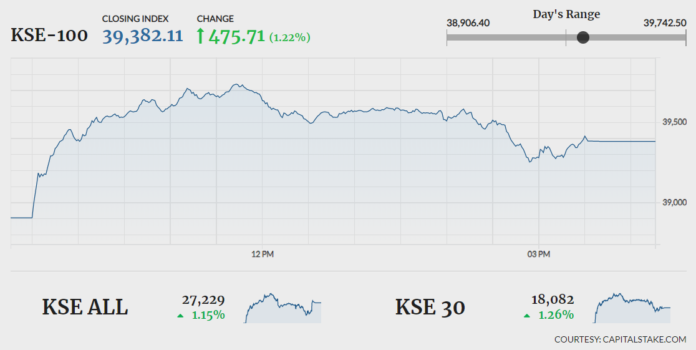 KARACHI: After two lacklustre sessions, bulls managed to regain control of the Pakistan Stock Exchange (PSX) on Thursday, as the indices headed north as soon as the opening bell rang while volumes improved significantly from the last session.

On the economic front, foreign investors during the week ended 28th Feb 2020, withdrew a net amount of Rs18.8 billion by selling local securities. According to a weekly report on Special Convertible Rupee Accounts (SCRA) released by the State Bank of Pakistan, gross sale of securities during the week under review was recorded at Rs43.58 billion, while the total purchase of securities stood at Rs24.76 billion,

Meanwhile, analysts believe that in line with the global trend, Pakistan is also likely to make a cut in its interest rate following a reduction in profit rate for government debt securities.