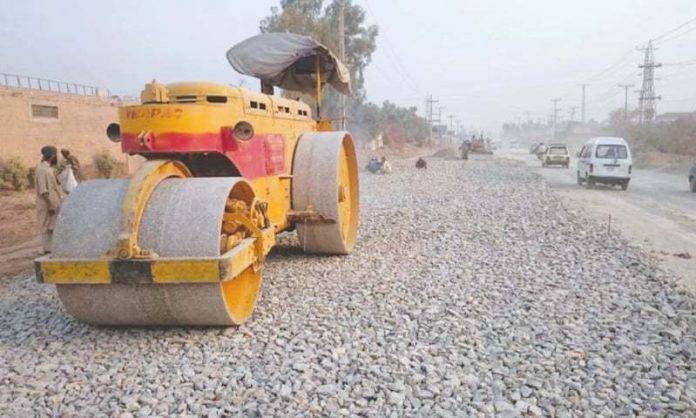 PESHAWAR: As many as 168 development projects have been initiated in the newly merged districts under the Accelerated Implementation Plan (AIP) with the aim to bring these areas at par with other developed districts of the province.

The top officials reviewed in detail the progress made so far on the developmental projects under AIP launched for the sustainable development of merged districts. Obstacles hindering the smooth implementation of some of the scheme were also flagged at the forum and important decisions were made to resolve them.

The meeting was informed that 41pc of the funds allocated for merged districts have been utilized under the AIP during the current financial year.

To improve service delivery in the health sector, a major scheme has been approved for the provision of medical equipment in district and tehsil headquarters hospitals of the merged areas. Similarly, work on the rehabilitation of damaged schools in the tribal districts has been initiated and work orders have already been issued to this effect.

It was further informed that implementation of several projects in merged districts was slow due to issues related land acquisition, but now the issue has been resolved once and for all by making necessary amendments to Land Acquisition Act which will accelerate the implementation process of these projects.

The concerned authorities informed the meeting that a public access campaign has been launched in merged districts to directly interact with the people of merged districts so that their inputs could be availed for the sustainable development of the areas. Besides, the public of the merged areas have also been provided the facility to contact the Chief Minister Secretariat directly by telephone for their complaints and redressal of their grievances.

Speaking on the occasion, the chief minister said that rapid development of merged districts was the top priority of the present government and directed all concerned authorities to think out of the box and implement the development plan in merged districts expeditiously.

The chief minister further directed that work should be initiated on a war footing for the solarization of district and tehsil headquarter hospitals and schools of merged districts, adding that work on the construction of sports’ complexes should commence in all the merged districts to promote sports activities in the areas.

Mahmood Khan said that no stone would be left unturned for the accelerated development of tribal districts and expressed hope that people of these areas would soon notice a positive change in their day to day life.