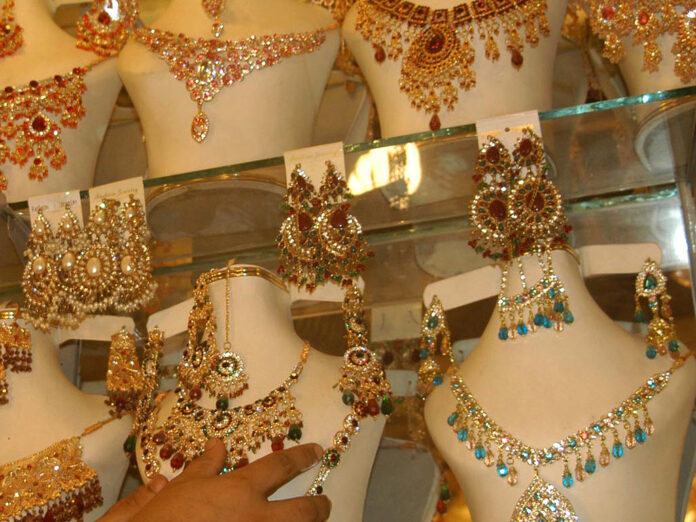 ISLAMABAD: The exports of artificial jewellery from the country dipped by 17.27 per cent during the first seven months of the current financial year (2019-20) as compared to the exports of the corresponding period of last year.

On year-on-year basis, the jewellery exports witnessed a decrease of 23.64pc in January 2020 as compared to the exports of the same month of last year.

The artificial jewellery exports during January 2020 were recorded at $0.239 million against the exports of $0.313 million in January 2019.

On month-on-month basis, the jewellery exports also plunged by 17.59pc during January 2020 when compared to the exports of $0.290 million in December 2019, the PBS data further revealed.

The country’s merchandise trade deficit plunged by 28.40pc during the first seven months of FY20 as compared to the deficit of the same period of last year.

During the period under review, the country’s exports registered about 2.14pc growth, whereas imports reduced by 15.95pc, according the foreign trade statistics released by the PBS.

Meanwhile, the country’s imports witnessed a significant decrease of 15.95pc as those went down from $32.420 billion in the first seven months of last financial year to $27.249 billion of same period of current financial year.