Oil bounces 5pc but set for biggest weekly thumping since 2008 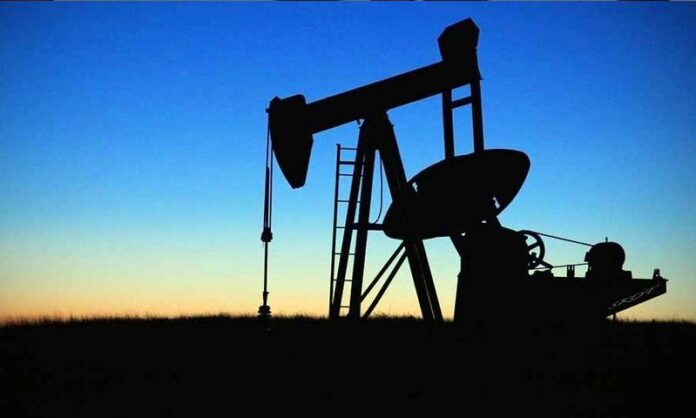 LONDON: Oil prices were up more than 5pc on Friday but set for their worst weekly drubbing since the 2008 financial crisis as investors fretted over the coronavirus knocking demand and plans by producers to boost output.

Brent this week is set to fall by around 23pc in its biggest weekly decline since December 2008, when it fell nearly 26pc.

“It’s been a very rough week and so it’s not impossible people are locking in ahead of the weekend,” said Michael McCarthy, chief market strategist at CMC Markets in Sydney.

“I would also point out that in the context of the recent moves it’s not really a major move,” he added, noting that “volumes are terrible” and down significantly on average.

World stocks were also set for their worst week since 2008, with the coronavirus sparking panic selling in nearly every asset class.

Prospects for a flood of low-priced oil from Saudi Arabia, the world’s largest exporter, and the United Arab Emirates is intensifying the pressure on prices after talks among producers on curbing supply collapsed last week.

“The (planned) surge in low-cost production is signiﬁcantly larger than expected with the collapse in demand due to the coronavirus looking increasingly broad,” said Goldman Sachs, which now expects what it said would be a record high oil surplus of 6 million barrels per day (bpd) by April.

Russia, the world’s second-largest producer, does not appear willing to return to its agreement on curbing output with the Organization of the Petroleum Exporting Countries (OPEC).

Russian oil producers met with Energy Minister Alexander Novak on Thursday but did not discuss returning to the deal, with the head of Gazprom Neft saying they plan to raise output in April.

“The avenues for a quick off-ramp to the Saudi/Russia price war appear to be closing,” RBC Capital Markets analyst Helima Croft said.

US energy historian Daniel Yergin said it may be some time before oil markets see any relief as the coronavirus courses through the world and disrupts daily life while Saudi Arabia and Russia look to flood the market.

However, the price slump may be doing the work needed to reduce supply. Energy companies in the United States, now the world’s biggest crude producer, are preparing to cut investment and drilling plans due to plunging prices.

ISLAMABAD: The overall production of petroleum commodities has witnessed an increase of 12.71 per cent during the first three quarters of financial year 2020-21...
Read more
- Advertisement -