But what if the virus doesn’t go away?

Then we'll just have to call in the "helicopters". 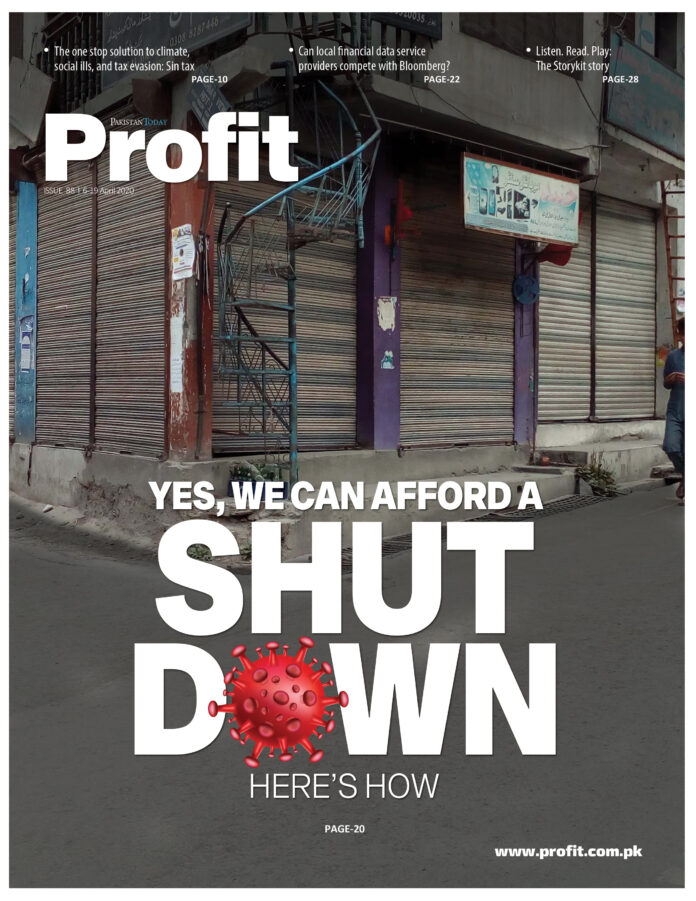 Our government, like many governments across the world, could be forgiven for appearing a little frazzled nowadays. When it comes to managing the current state of the economy, there is very little by way of a playbook to learn from. Yes, there was the Spanish flu of 1918, but one that took place in an economy that doesn’t even remotely resemble the one billions of economic agents occupy in 2020.

At the heart of the issue for all governments is how to choose between the two unappealing choices of either letting the economy die or letting millions of people die. To make matters further complicated, these two options are not mutually exclusive either; one will lead to the other anyway.

In this issue,  Farooq Tirmizi argues (in our cover story) that we can, in fact, manage a lockdown (or even a curfew) for four months all while making sure that vulnerable segments of society are transferred crucial sums of cash by utilising the cellular networks as well as the existing BISP and NSER channels. That the government should spend the bulk of the cash on this, rather than the breakup it has specified in its Rs 1.2 trillion bailout package.

While Tirmizi argues cogently about the merits of his case and the methodologies he thinks the government should employ, let us cast our gaze beyond that. Let us consider that the government does, indeed, spend this money in the manner outlined in the cover story. What if at the end of this time period, the virus still persists, with no vaccine in sight and the risk of infection remains even higher than what it presently is, given how even in some conservative estimates, the cases of infection could swell up to millions?

The government, after exhausting its international and local borrowing options, will have to rely on printing money to sustain the cash transfers. But won’t the ‘helicopter drop‘ — printing money and handing it out to everyone lead to runaway inflation?

Well, it just might not. You see, many conventional economic dos and don’ts just don’t apply to the current crises. Understanding inflation as afraat-e-zar, an excess of money, presumably running after the same number of goods, is well and good for normal circumstances. But even thick wads of money might as well be bricks if they aren’t actually being used in transactions. The velocity of money slows down in recessions, which a shutdown of all sectors but food, pharma and power, will most certainly lead to. That money doesn’t do too much of the aforementioned chasing in recessions, what with the public being more frugal in times of uncertainty. In fact, ceteris paribus, we are looking at deflation on our hands (and even though it might seem completely counterintuitive to be worried about deflation, it is in fact bad for the economy). The excess of money in the markets will, we predict, offset that deflation and, yes, stretch things towards inflation. But not hyperinflation.

Our humble proposal: we’ve got swathes of the country that are veritable breadbaskets. We have got enough food to feed our population (assuming the government doesn’t mess up the Agri supply chain with the lockdown). So if the government initially borrows money to feed its people and then prints a controlled amount of money to keep doing the same till the microbiologists come up with a vaccine while the medical and paramedical personnel stave off the disease, inflation won’t shoot through the roof.

The GDP, yes, will drastically shrink. The standard of living of households across the country will most certainly fall. But it won’t be catastrophic for the economy as some of the alarmists led by our prime minister are, in good faith, fearing.