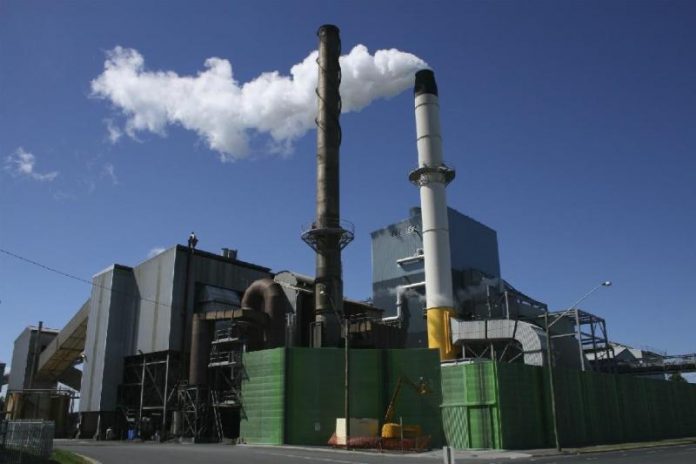 LAHORE: The leading economists suggest the government ways to get rid of the cartelisation in the sugar industry once and for all which was unearthed by the Competitive Commission of Pakistan (CCP) in 2010 and now by the inquiry commission formed by Prime Minister Imran Khan  to probe the hike in prices of sugar.

The inquiry commission suggested that a forensic audit of sugar mills is required for the concrete evidence to establish the manipulation and cartelisation of sugar millers. However, they pointed out that 50.1 percent of sugar production in the country is controlled by six groups.

Leading tax consultant and economic expert Dr Ikramul Haq noted that Matthew Parker, author of Panama Fever and Monte Cassino: The Hardest Fought Battle of World War II, in his famous book, The Sugar Barons: Family, Corruption, Empire, and War in the West Indies, uses the rise and fall of the sugar dynasties of the West Indies as a framework for the intertwined histories of sugar, slavery, the industrial revolution, and Britain’s American colonies.

Dr Haq shared that the story narrated in this book, occasionally horrifying, portrays the worst period of exploitation during the colonial period. “Unfortunately, many of its reminders still exist in many places like Pakistan in the post-colonial era. The only difference is that now the sugar barons are not colonial masters but known politicians of Pakistan,” he opined.

The economic expert added that it is once again confirmed in the inquiry committee report. This committee was constituted by Prime Minister Imran Khan and he is the first prime minister who showed courage and commitment to make it public when his own party’s bigwigs allegedly took benefits. The Competition Commission of Pakistan (CCP) in 2010 started proceedings against sugar barons for fleecing consumers by making cartels at three different tiers, which makes them liable for the maximum penalty.

However, the provisional order of the CCP said the Pakistan Sugar Mills Association (PSMA) had a three-tier cartel in the industry. However, the CCP’s order could not be made public as the PSMA secured a stay order from the Sindh High Court.

Dr Haq suggested that the institutions like CCP, Federal Investigation Agency (FIA), Federal Board of Revenue (FBR), National Accountability Bureau (NAB) etc are made toothless by rulers and now it is a big test for Prime Minister Imran Khan whether he would allow them to punish the culprits or once again barons win.  He added that the most valuable solution is to open up this industry and stop all protectionism and allow imports as today international price is no more than Rs47 per kg.

“Alternatively, engage experts like Asif Sharif who can produce sugar at zero rate through innovations,” Dr Haq said. Talking to Pakistan Today, economist Dr Asad Zaman said that the government is extremely inefficient at management.
“But we do have knowledge of efficient management structures – if we ‘nationalise’ in the right way – follow the Chinese example – about 70 percent of their production is done by state-owned enterprises (SOEs).”  Dr Zaman added that nationalisation is a good idea, but the International Monetary Fund (IMF)  would strongly oppose this move – what we need to do is breakup the monopoly – it is power in hands of the cartel that is harmful.

“The sugar mills should be turned over a union of the employees, and (what may be politically impossible) the power of the big landlords who grow sugarcane must be checked, perhaps by buying out their lands and selling it (cheap) to the peasants who farm it,” he suggested.

Meanwhile, Economist Dr Nadeemul Haque suggested that to get rid of the cartel, make it an open economy, get rid of Statutory Regulatory Orders (SROs) and also get rid of the policy of protecting every industry in trouble.

“The government should stop letting industry lobbies into offices like the Prime Minister and Finance Minister. Ministers and MNAs should have no conflict of interest i.e. industry owners should not be in public office or in parliament or on policy meetings,” he suggested.

Agreeing with Dr Haque, Economist Dr Qais Aslam said that the only way under capitalism is free competition. Dr Aslam said that nationalisation is not a solution as it only empowers corrupt bureaucracy and the result is as bad as cartelization.

He added that the role of CCP should be strengthened just like NAB was strengthened and empowered. Dr Aslam opined that all the sugar mills which are not listed should be registered with the Pakistan Stock Exchange (PSX) and their boards should be reconstituted as per regulations of Securities and Exchange Commission of Pakistan (SECP).

“The policy of subsidies to the rich should be abolished and substituted by tax reductions on inputs,” he suggested while adding that the price policy on sugarcane should be abolished and replaced by market prices. While disagreeing with Zaman, Economist Hina Ayra said that nationalisation is inefficient and rent seeking – the government has no business running business.

“As of CCP empowerment that’s not the solution. The government should deregulate sugarcane crops, open setting up more sugar mills, add more stakeholders, set up mini sugar mills on the pattern of many other states,” she added.

Ayra suggested opening up export of jaggery or gur and incentivizing crushing of sugarcane for jaggery or gur so that small farmers are not forced to sell standing sugarcane crops to millers.

“Import of duty- free sugar machinery used in mini sugar mills and cane crushers be facilitated,” she added. Economist Dr Farida Faisal said that while economic theory tells us cartels inflict deadweight loss on society, therefore antitrust agencies should take action against them, in reality the sugar cartel in Pakistan is “Too big to fail”.

Dr. Faisal added that in other words, any direct action against the sugar cartel runs the risk of disruptions in the supply chain of a basic food commodity, not to mention productivity loss in the agricultural sector. Even if the government could muster up the political will to act against some of the most powerful individuals in the country, how will it deal with public backlash against sugar shortages and outcry of thousands of small sugarcane growers across the country, she asked.

“So therefore, in my opinion, a negotiated settlement with the cartel is the only way forward in the short run,” Dr. Faisal said. She suggested that in the long run, subsidies for sugarcane must be rationalised against incentives for cotton crops. Production levels of sugar should be brought down to meet local demand only and the number of sugar producing units should be allowed to increase.