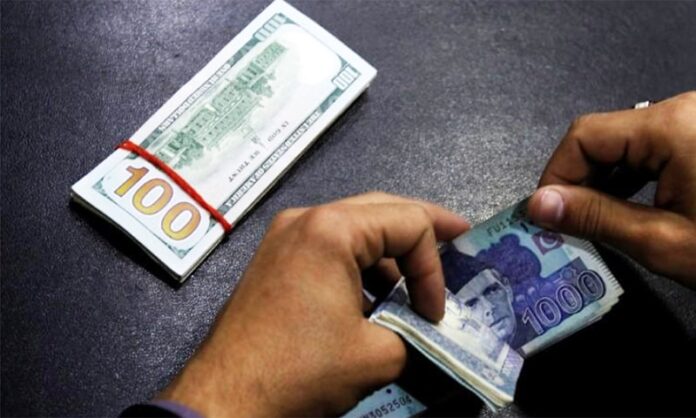 KARACHI: The rupee made a significant recovery on Friday as the dollar fell by Rs3.3 to close at Rs163.58 in the interbank market.

In percentage terms, this represented a 1.9 per cent decline in the greenback compared to Friday’s opening rate of Rs166.88.

The currency market witnessed quite a bit of volatility as the dollar hit an intraday high of Rs167, before hitting its low of Rs163.25 and finally closing at Rs163.58.

According to market analysts, gains made by the rupee are being attributed to the $1.386 billion disbursement to Pakistan by the International Monetary Fund (IMF).

The money was released by the IMF under the Rapid Financing Instrument to help the country address the economic fallout from Covid-19.

The IMF support will help provide a backstop against the decline in international reserves and provide financing to the budget for targeted and temporary spending increases aimed at containing the pandemic and mitigating its economic impact.

It is pertinent to mention that following an unanticipated and emergency 200bps slash in the policy rate announced by the State Bank of Pakistan (SBP) on Thursday, analysts had expected the rupee to remain under pressure due to the likely outflow of investment by foreign investors.

However, the rate cut has been positively received by the financial markets in Pakistan, whereby the rupee improved and the stock exchange witnessed a market halt due to the market moving 5pc upwards.

Sources in the money market comment that due to support from the IMF, lower oil prices, and the debt restructuring, the rupee has further chances of appreciation.