Pakistan to send 1m chloroquine tablets to US, Saudi Arabia 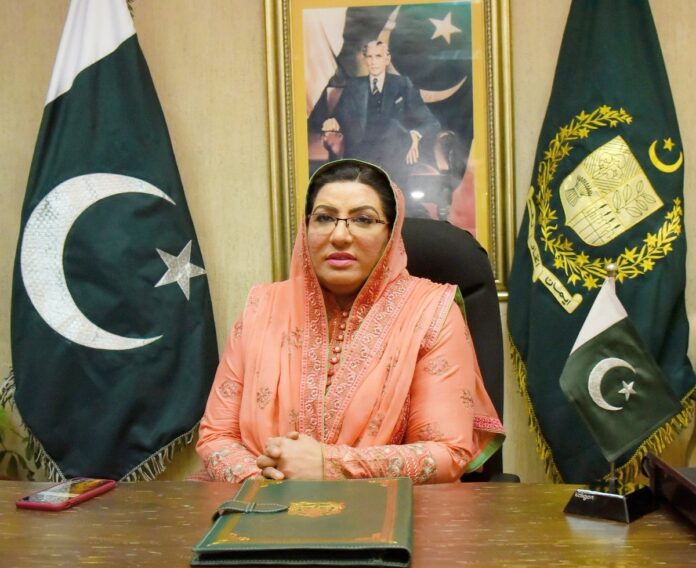 ISLAMABAD: Special Assistant to the Prime Minister on Information and Broadcasting Firdous Ashiq Awan on Tuesday said that the federal cabinet has decided to send chloroquine tablets—an anti-malarial medicine which some studies found has a strong antiviral effect on coronavirus—to “friendly nations” to help them in their time of need.

Addressing a press conference after the weekly cabinet meeting, she said that one million chloroquine tablets will be sent to Saudi Arabia and the United States each, 500,000 to Turkey and Italy each, five million to the United Kingdom, 700,000 to Kazakhstan and 300,000 to Qatar.

Firdous revealed that leaders of some countries had called Prime Minister Imran Khan and expressed a desire to import the tablets from Pakistan following some encouraging results in treating the coronavirus.

“Pakistan has always been asking these countries for something or the other. So, for the sake of humanity and to improve Pakistan’s credibility and face value, this is a good chance to help them in this time of need,” she said.

She also said that Pakistan had some 40 million tablets in stock and possessed the raw material to make even more.

Firdous said the tax on low-cost housing units to be constructed under the Naya Pakistan Housing Project has also been made zero-rated. She said the zero tax incentive to the construction industry would help provide employment opportunities.

The SAPM said the cabinet gave approval to the proposal of reforming and restructuring the Competition Commission of Pakistan (CCP). The objective behind the establishment of CCP was to discourage cartelization and take action against those indulging in such practices, she said, claiming in the past, the CCP was used to protect interests of the powerful.

The CCP would now be restructured with the use of modern technology and digitalization, she added. Firdous said the cabinet was informed that 27 petitions had been filed against the CCP and dues of Rs 27 billion were outstanding against powerful mill owners. Some cases had been pending for over a decade, and the elements in CCP were facilitating the powerful mafia in prolonging the litigation process, she added.

She said the prime minister expressed his strong displeasure over the CCP’s state of affairs and reiterated his firm resolve to foil any attempts to damage the interests of masses for those of the influential people.

The cabinet also gave approval for filling the vacant vacancies of the appellate tribunal within a week.

It also approved abolishing a law of 1991 under which the government employees, who took retirement on completion of 30-year service, could keep the official accommodation till 60 years of age.

The cabinet gave approval to the proposal of restructuring the National Commission for Minorities with its chairman and majority of members to be nominated from the minority community. Firdous said the minority community members played an important role in the national development process, and their rights were protected under the constitution.

The Pakistan Tehreek-e-Insaf government would ensure that all involved in the corruption and illegal practices were taken to task, she said in an allusion to a report on power sector that implicated the aides of the prime minister.

She said the Chunian Power Plant was one of the IPP agreements, which was approved by Shehbaz Sharif as the Punjab chief minister in favour of the company owned by his son Suleman Shehbaz.

An independent commission of inquiry would be constituted to probe the issues pertaining to the IPPs, and its report and recommendations would be made public, she added.