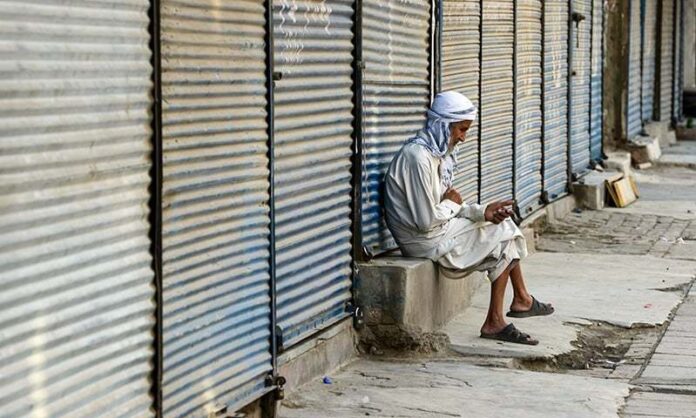 KARACHI: All Sindh Taajir Ittehad (ASTI) has rejected the online business formula of the Sindh government to keep the economy running while preventing the spread of coronavirus.

The Sindh government last week allowed traders to do business online between 9am and 3pm from Monday to Thursday.

Bakeries were allowed to remain open until 5pm and food deliveries to operate until 10pm.

ASTI Chairman Jameel Paracha said the government’s SOPs could bring some relief to wholesalers, but not to retailers.

Ateeq Mir, another representative of the trade fraternity, urged the Sindh government to reshape SOPs to benefit the business community.

However, according to a media report, Sindh Minister Imtiaz Sheikh believes that traders did considerable business on Monday and Tuesday.

He said the business volume would obviously be less than what it used to be earlier.

Sheikh said traders were asked to resume businesses online and that shops and businesses would gradually be allowed to open. He said the government did not want to close businesses and would review the situation.