PM orders ban on the export of all edible items, decision to be reviewed after two weeks 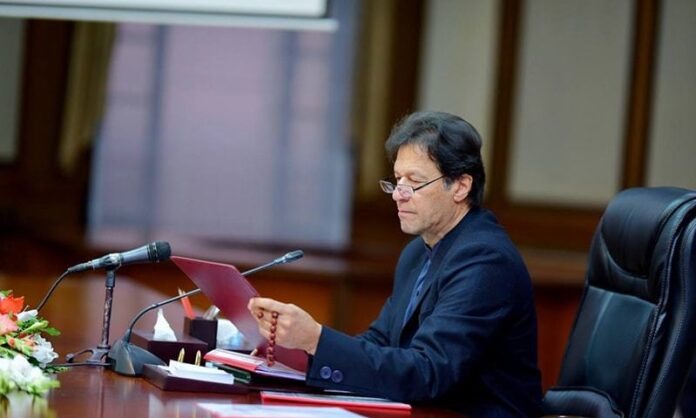 ISLAMABAD: The federal cabinet on Tuesday approved the request of the inquiry commission, probing into the increase in sugar prices, to extend the time for submission of the report by three weeks on the latter’s request.

On the directions of Prime Minister Imran Khan, the reports of the inquiry committees tasked to probe sugar and wheat crises in the country were made public on April 4, naming Pakistan Tehreek-e-Insaf (PTI) leaders Jahangir Khan Tareen, Khusro Bakhtiar, Pakistan Muslim League-Quaid’s Moonis Elahi and their relatives as the beneficiaries of the crisis.

The prime minister had further directed the committee on sugar to conduct forensic analysis of sugar mills to further expand the findings. The reports to be presented on April 25 were delayed, with the commission asking for a three-week extension in the deadline.

During the meeting, the PM approved the relief package for healthcare workers performing their duties to contain coronavirus. If any healthcare worker dies in the line of duty, the family shall be entitled to the same package –Shuhada Package– as government servants in cases of security-related deaths.

The package ranges from the provision of Rs3 million to Rs10 million depending on the officer’s grade. It also has other benefits like official residence and 100pc pension to the family of the deceased.

The assistance package will be applicable in the domain of Islamabad Capital Territory (ICT), Azad Jammu & Kashmir and Gilgit-Baltistan.

While approving Rs75 billion relief package for the labour, the prime minister directed his Special Assistant for Social Welfare and Minister for Industries to devise a comprehensive mechanism for providing relief to the labourers.

The PM directed to ban the export of all edible items in the wake of the current situation. The decision would be reviewed after two weeks, a PM Office press release said.

The government had planned to offer state-owned land located in major cities to the overseas Pakistanis in order to generate much need financial resources, said the PM.

He also directed all the ministries to expedite setting up of think-tanks comprising area experts and professionals in the ministries in order to bring about qualitative improvement in their overall performance and output.

Advisor on Finance Dr Abdul Hafiz Shaikh briefed the cabinet about the progress made in regulating the affairs of Competition Commission of Pakistan (CCP). The cabinet approved the appointment of Shaista Bano Gillani as acting chairperson of CPP.

It approved, in principle, “Netting of Financial Contracts Bill, 2020” to remove any uncertainty in enforcing the netting rights in case of a termination event, bankruptcy and insolvency proceedings, limit the power of the liquidators to prevent any cherry-picking of qualified financial contracts/transactions, which fall under the ambit of netting provisions, ad allow financial collateral arrangements under such netting rights.

Once the law is enforced the qualified financial contracts will always be settled on the basis of “netting” in the presence of the netting arrangement.

The cabinet approved a proposal to notify that all the companies supplying electricity or gas through distribution or transmission line be members of a Credit Bureau and to furnish information in accordance with the Credit Bureau Act, 2015.

The cabinet approved the restructuring of the Board of Directors of Pak-Arab Refinery Limited (PARCO). Aftab Hussain (Sindh), Abdul Hadi Shah (Khyber Pakhtunkhwa), and Bushra Naz Malik (Punjab/ Women Representative) were approved as members on the PARCO Board.

It also approved the nomination of director against the casual vacancies of the Board of Directors of Sui Northern Gas Pipelines Ltd, Pakistan Petroleum Limited, Pakistan Mineral Development Corporation, and Oil & Gas Regulatory Authority.

The cabinet approved the modalities for the export of chloroquine by importers in possession of raw material.  Special Assistant to the PM on Health Dr Zafar Mirza briefed the cabinet about the latest situation of COVID-19