Some lessons in leadership 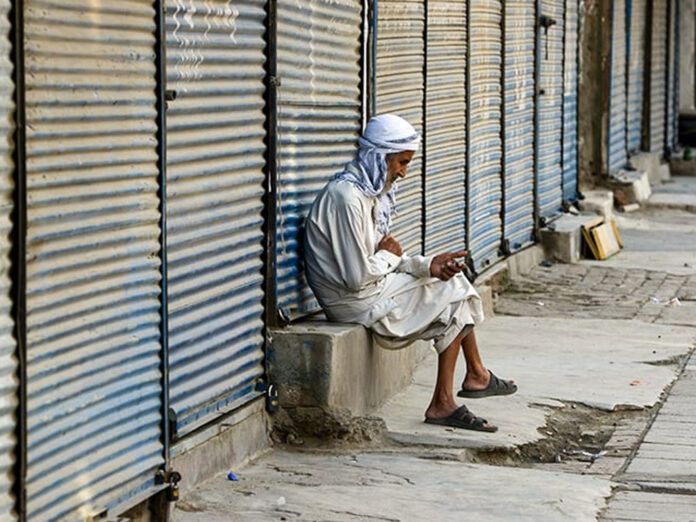 By now, almost everyone understands the lives vs livelihood dilemma policymakers face throughout the world. The fact that social distancing, or physical distancing to use the recommended term, is a public health requirement to prevent the disease from spreading is at odds with the economic costs we have to pay for this measure.

This is an extreme challenge for policymakers, medical professionals, and economists the world over, and is unlike anything they have faced before. Under normal circumstances, governments are expected to take decisions based on cost-benefit analysis. However, in the case of Covid-19, while the costs are fairly simple to assess in terms of economic and financial loss (GDP, unemployment, tax collection etc), it is difficult to quantify the benefits of physical distancing in economic terms.

Medical experts can accurately predict that physical distancing prevents disease from spreading. But exactly how many lives it saves is impossible to accurately assess. Also, the projections of epidemiological models are difficult to apply across the world.

Unfortunately, recent decisions announced in Pakistan provide further evidence of two alarming trends. First, that it is a weak state with limited capacity to implement lockdowns or any standard operating procedures (SOPs) for that matter. Second, it is apparently too much to expect this regime to base its policy making on logic, data or evidence.

The point is that in a lives vs livelihood decision, the dimensions (economic losses) of livelihood are clear and obvious compared to the medical case and will naturally win the argument. This is particularly so if the leadership chooses to only see the most apparent economic realities and is naïve in making deeper assessments about the medical aspects which could be far more damaging in the long term. It is the leader’s role to dig into facts and question assumptions for as long as possible in order to make up their minds.

Unfortunately, recent decisions announced in Pakistan provide further evidence of two alarming trends. First, that it is a weak state with limited capacity to implement lockdowns or any standard operating procedures (SOPs) for that matter. Second, it is apparently too much to expect this regime to base its policy making on logic, data or evidence.

An important leadership lesson here is that when faced with uncertain situations, clarity of mind is of utmost importance. In critical times, when there is uncertainty about one option being better than another, it is all the more necessary for leaders to, at least outwardly, exhibit clarity about and commitment to their chosen path. A weak response is often much more damaging than the wrong response. Clearly spelled out policies and interventions provide confidence to the populace, an assurance that those in charge know what they are doing, no matter what the difficulties. Take the case of Sweden where no lockdown has been implemented because the government, unlike other Scandinavian countries, believes the higher number of lives lost to be a necessary cost.

It is sad to see the complete failure of leadership with regards to the coronavirus pandemic throughout the world, particularly closer to home. Instead of thinking clearly and inspiring confidence, most leaders, with a few exceptions, have exhibited confusion, hopelessness and despair in the face of the pandemic.

At the global level, while the prime minister of New Zealand and governor of California and perhaps a few others acted decisively, others like US President Donald Trump and British Prime Minister Boris Johnson chose to ignore the experts, and then deliberately confuse their people. In comparison with Jacinda Ardern and Gavin Newsom, the leaders of the UK and the USA indulged in chaotic behavior which was pathetic to watch. Sadly, in Pakistan, we have joined the Trump-Johnson bunch in our approach.

A critical issue in such times is who the leadership listens to. Will it be doctors, economists or the business community? While it is good to give all voices a listen, there is a need to prioritize these opinions; when to listen to who is even more critical. In this case, clearly the medical profession would have an overriding influence on the decision, simply due to their knowledge and expertise in the field. If the leaders find opinion divided within the medical community, it may be worthwhile to listen to the World Health Organization or other international bodies of experts.

It only takes a few hours of watching the international media to determine that lockdowns are only being eased in countries where the curve has flattened. Surely it is just common sense that when the virus spreads the most affected will be the lower strata of society, the ones this government wishes to protect! Even if you deny all evidence and logic, it is still the government’s job to prepare for the worst.

In any case, once a decision has been made, based on whatever opinion holds the most merit, the leadership should pursue that course no matter what it takes. Hence, in the third week of March, if the government believed that the economy was much more important than saving lives, it should have done everything in its power to keep the country open with no lockdown. And if the government thought otherwise, it should have put the state’s full force behind properly implementing the lockdown without worrying about the economy at that time.

In the latter case, the government could have taken the business community into confidence, assured them that it sees their pain but wants to do the right thing: “If we allow you to open now, we may have to shut you down soon after, as the numbers – infections and death — are likely to increase. Therefore, bear with us and let us take care of the priority, the health of our people”.

The Pakistani public should now prepare itself to pay for these ghastly blunders. The way it will manifest is not too difficult to foresee. We are already seeing a fast-upward trajectory of cases. Unless there is a miracle, the trend will remain and will only increase until a vaccine is found, as physical distancing is reduced even as I write these lines.

This would have been logic no one could disagree with. Instead, what we heard from the very top leadership were reasons why lockdowns should not be enforced, and why we never should have done it. We all know about the chaos and confusion which followed!

The Pakistani public should now prepare itself to pay for these ghastly blunders. The way it will manifest is not too difficult to foresee. We are already seeing a fast-upward trajectory of cases. Unless there is a miracle, the trend will remain and will only increase until a vaccine is found, as physical distancing is reduced even as I write these lines. If, at any point since March, the federal government had accepted the stance of the medical profession and based its decisions on logic, it may have saved the lives of many citizens and possibly avoided endangering more. Instead, opinions from senior government personnel have gone from silly, declaring traffic accidents to be equally dangerous (duh-do accidents grow exponentially?) to bizarre, declaring it “just a flu” based on comparison with last year’s fatalities from the flu!

Another important learning therefore, and one hopes there are not many more in future, is for leaders not to have these non-serious voices around them. An excellent quote from the author Simon Sinek captures this aspect: “Bad leaders care about who is right. Good leaders care about what is right”.

Finally, the governments’ stance on repeating the lockdown if things become worse is untenable given the difficulties in enforcing it the first time around. While this government is famous for its U turns, it may find such backtracking unavailable on this road.

The reduction in capital costs associated with solar energy and consequent drop in generation cost on a per kilowatt-hour (kWh) basis has primarily been...
Read more
- Advertisement -