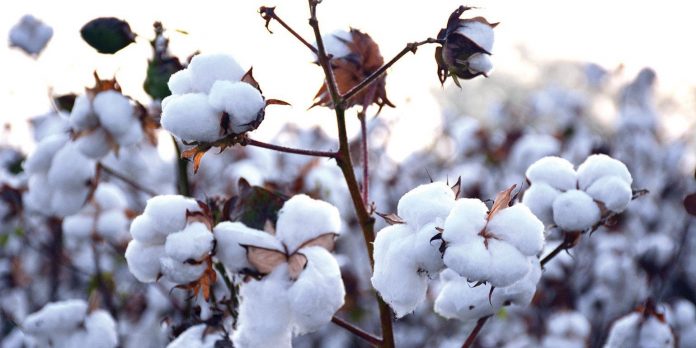 LAHORE: The federal cabinet while opposing the decision of the Economic Coordination Committee (ECC) has asked to review its decision of rejecting intervention price of seed cotton (phutti) and has constituted a four-member committee, it has been reliably learnt.

The committee comprises Federal Minister for National Food Security Syed Fakhar Imam, Foreign Minister Shah Mahmood Qureshi, Federal Minister for Economic Affairs Makhdoom Khusro Bakhtiyar and Adviser to the Prime Minister on Climate Change Malik Amin Aslam. They have been tasked to look into this matter and submit their proposals.

Federal Minister for Federal Minister for National Food Security Syed Fakhar Imam, who is cotton farmer himself, carried out an extensive consultation after taking the charge as the minister and moved the proposal of intervention price to ECC on May 6, which was rejected by the large ECC majority, stating that cotton production is a provincial subject after the 18th amendment, and government is already mulling over proposals to get rid of wheat support price and sugar indicative price.

It is pertinent to mention that on May 7, the ECC rejected the proposal of the Ministry of National Food and Security and Research (NFSR) in which intervention price of seed cotton was proposed at Rs4,224 per 40 kgs.

The news is welcomed by the cotton growers from all across the country whom Pakistan Today reached out. However, textile millers are against fixing the cotton intervention price.

Zaheer Abbas, a cotton grower, thanked the federal cabinet for intervening and asked the ECC to review its decision. He added that after the May 7 decision of ECC, cotton growers thought that the powerful textile millers mafia who have a strong lobby with the decision makers have again managed to turn the tables in their favour targeting farmers.

Speaking to Pakistan Today, Naveed Gulzar, a leading textile miller from Faisalabad said that the textile products across the globe are sold on international prices and no country in the world can artificially hike the price to appease the farmers community. Gulzar added that in Pakistan use of domestic textile based on cotton is not even five percent and looking at the buying capacity of the people even they cannot afford expensive suits.

“What I would like to suggest to the government is that if they want to support the farmers community it should provide them subsidised seeds, cheap electricity and subsidised fertiliser,” he maintained. The textile miller added that the government could reduce farmers’ cost of production by doing this but the concept of intervention price cannot be introduced in Pakistan as no mechanism is available in the country.

Gulzar opined that the government has to lift cotton from ginners and farmers will not benefit from intervention prices and high rates would be eaten up by ginners due to which textile exports of the country will suffer and growers will get no benefit. He recommended the government to study Indian model of intervention prices which cannot be implemented in Pakistan as the market is not mature.

Experts were of the view that any announcement regarding announcing the fixing of intervention price will not be fruitful after the completion of sowing season.

Talking to Pakistan Today, Asif Sharif, an agricultural expert said that the issue that cost of production is high in Pakistan and it is not because of the price of seed or fertiliser it is because of the mismanagement and poor production process. Sharif added that more than 90 percent of fertiliser, water and tillage (cultivation) is being used for production is wasted. He maintained that 40-50 percent of seeds are being wasted and sprays which are being used for pest management are also being wasted because of the poor process.

“We need to rectify and change the agriculture production process of not just cotton but all other crops too. The agriculture production process needs to be in line with natural algorithms of soil fertility but we are at war with nature at the moment. Nature evolved a mechanism (system) which has sustained for 400 million years and we started working against the fundamentals of that mechanism. This is what industrial agriculture is,” he said. Sharif shared that it was this mafia who made it necessary and ensured that its fertiliser and pesticides are being sold.