A report issued by a PMLN research wing says livestock and dairy sector should be considered as an independent sector rather than a subsidiary of agriculture. 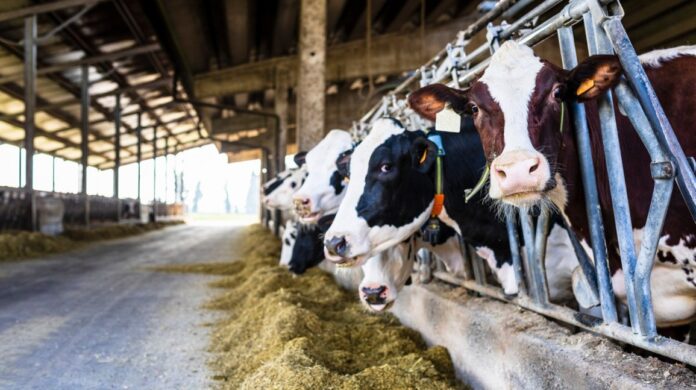 LAHORE: Pakistan Muslim League Nawaz (PMLN) on Thursday asked the Pakistan Tehreek-e-Insaf (PTI) government to increase budgetary allocation for livestock and dairy sector and treat the sector as independent from the agriculture sector.

According to a budget analysis comparing PMLN’s tenure with that of PTI’s, issued by a PMLN Punjab research wing on Thursday, livestock and dairy sector despite contributing 11 per cent to the national Gross Domestic Product (GDP) has been totally ignored in the Rs50 billion agriculture relief package announced by the government.

The report suggested that the livestock and dairy sector should be treated as an independent sector rather than a subsidiary of agriculture and more allocation in annual budgets (both national and provincial) should be made towards it.

The PMLN research wing further added that livestock and dairy production can help improve incomes of landless and small farmers.

According to the report, such farmers obtain 10 to 25 per cent of their income from livestock production (milk, egg and meat) and its by-products (hides, skin, wool, bones and manure) which are major raw materials for various industries, adding that an increased focus on the sector can help develop the rural economy of the country.

“Pakistan is amongst top five milk producing countries in the world but still its total demand exceeds its total milk production. Other than a 3 per cent annual increase in the global human population there are multiple issues in the sector which need serious attention from the law and policy makers,” the report stated.

The report further pointed out that low milk yield due to low genetic potential, late age of maturity, poor availability of nutrients, high disease incidence, unorganized marketing system and farming on decades old conventional and outdated lines are some of the issues being faced by the livestock and dairy sector.

The report added that despite such serious issues, milk has a 60 per cent higher value compared to both wheat and cotton and twice that of sugarcane and rice combined, however, even then it failed to be considered as a cash crop by the PTI government.

Pakistan has been facing locust attacks for the last two months which have destroyed thousands of acres of agricultural land in Punjab, Sindh and Balochistan.

National Disaster Management Authority (NDMA) and the United Nations (UN) Food and Agriculture Organisation (FAO) have alarmed farmers regarding a second wave of locust swarms expected to hit the country around mid-July.

“In this current scenario of Covid-19 the threat to food security is multiplied due to locust attacks. Hence, giving a very logical reason to invest in the livestock sector to address immediate food shortage, hunger and malnutrition, providing oxygen to the rural economy on war footings,” the PMLN research wing stressed.