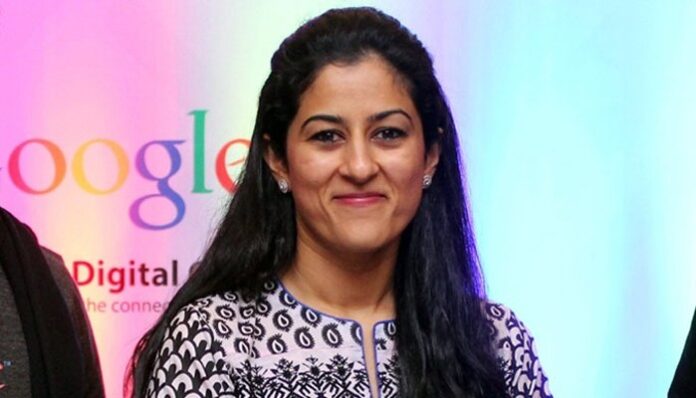 ISLAMABAD: The Digital Pakistan Foundation (DPF), a company recently registered under the Securities and Exchange Commission of Pakistan (SECP) as a non-profit related to Prime Minister Imran Khan’s flagship Digital Pakistan Initiative (DPI), has come under continued scrutiny over the foundation’s funding and possible conflicts of interest.

The DPF was established in a bid to compliment the DPI, which operates directly under the Prime Minister’s office. The DPI was launched in December last year, with former Google Executive Tania Aidrus being appointed Special Assistant to the Prime Minister (SAPM) on Digital Pakistan.

Controversy first arose when co-founder of Tolerant Pakistan Campaign Omar R Qureshi raised concerns about a not-for-profit organization “Digital Pakistan Foundation”. He tweeted that the Special Assistant to Prime Minister Tania Aidrus was on the board of directors of this foundation along with Jehangir Khan Tareen, and Careem CEO Mudassar Sheikha, which was registered with the Securities and Exchange Commission of Pakistan (SECP) exactly one week prior to her appointment as the SAPM.

According to details, the appointment of Aidrus as SAPM came within a week of her being appointed as a founding board member of the not-for-profit DPF. In addition to the possible conflict of interest that SAPM Aidrus’ dua-role presents, the presence of Jehangir Khan Tareen and Careem CEO Mudassar Ilyas Sheikha has also caused concerns among digital rights circles.

The role of the foundation is to provide assistance to the government without taking payment since it is a not-for-profit organization, but critics have still raised the question of why the government did not form this company itself and under its direct command if it is to serve the Digital Pakistan Initiative’s interests.

Things have also become murkier since the removal of Jehangir Khan Tareen’s name from the foundation’s board of directors, even though his lawyer, Sikander Bashir Mohammad, remains on the board according to the SECP.

Perhaps even more importantly, Careem is currently in the middle of a process whereby it is trying to turn  into a ‘Super App’ as chronicled by Profit’s cover story in a recent issue. This is another major conflict of interest, while Sheikha has not commented on this, all fintech players are pointing towards his appointment on the board as a major conflict of interest.

According to inside sources, Sheikha being on the board is causing great anxiety among Careem’s competitors and even smaller fintech companies have expressed concern. With Careem already posing like it is set to dominate the fintech space, the worry is doubled that Sheikha is not an impartial director of the DPF board. Additionally, without the government’s direct involvement, and therefore accountability, the end result of the DPF as it is in its current structure, is anybody’s guess.

The issue at hand is that Mudassir Sheikha has a stake in financial payments and therefore the digital landscape of Pakistan, through Careem PAY. Coupled with the fact that the government of Pakistan is currently in the process of deciding the regulatory framework for digital payments, being in the board of the foundation along with Tania Aidres provides Mudassir Sheikha with the opportunity of undue influence.

No comment was made by Mudassir for this story about his own conflict of interest. There is also the little issue of who the direct beneficiaries of this foundation will be, and whether there is any transparency over who controls the money that will be used to operate the foundation.

According to an official statement the foundation gave to Profit, the government did not establish the DPF themselves because the ongoing Covid-19 pandemic meant quick action was the need of the hour. “We had to adapt our initial goals to the realities of the emergency caused by this global pandemic and meet the need of the hour,” read the statement. “Efficiently leveraging the use of technology has been at the core of the most successful responses to pandemic across the world. Therefore, we needed to hit the ground running.”

The foundation also claims that it is an example of strong public-private partnership, and that the presence of the SAPM actually is necessary government representation. “The very composition of the Board that has been criticized as a conflict of interest was actually designed to increase the transparency of DPF’s operations in the first place.”

While this answers the question of how the government will play a part in the foundation’s policy making, the question of ownership and therefore transparency remains. On the questions about who will be the direct beneficiaries and potentially get the choice to pay themselves high salaries, and who have the actual control over the monetary wing of this company, it is a fact that not-for-profit status alone doesn’t suffice that there won’t be a conflict of interest.

“There is absolutely no conflict of interest” the foundation went on to tell Profit. “The federal government has not chosen Digital Pakistan Foundation over any other organization offering support. SAPM Tania Aidrus does not have the mandate to do so either. No funding has been received by DPF from the government or any private corporation, local or international. Everyone at DPF currently has been working in a purely voluntary capacity to help Pakistan’s fight against COVID,” read the statement.

In addition to this, the foundation said that none of the Board members will be paid any salaries or be the beneficiaries. Any foreign funding that the Foundation may acquire in the future will be approved by the Economic Affairs Division. The SAPM or any other public office-holders will only sit on the Board and will not be entitled to any monetary compensation. Only once the company acquires sufficient grants, permanent/paid positions will be created.

However, Bakhtawar Bilal Soofi, a corporate Lawyer associated with ABS & Co, said that while the method of forming the foundation was legitimate, the complete absence of shareholders or the government representatives as owners raises doubts about DPF’s transparency.

The DPF claims they don’t have any shareholders and it clashes with the legal framework oulined by Soofi that befits such a situation and does not fit well with industry players. Soofi said the issue of conflict of interest is not as much about who gets the salaries as it is about transparency. “The foundation has publicly claimed that anyone associated with the government will not be taking any compensation so that’s one way to resolve this issue. But the issue of transparency is of course there and it cannot be taken away considering that Airdus is operating in two roles.”

He said that the directors are legally required to look after the interests of the shareholders and if the government stays as a shareholder of the foundation, then there is much less issue. Meanwhile, the DPF CEO has retorted with the fact there are no shareholders to begin with, so this problem seems to be null.

Sources familiar with the digital industry landscape are still of the opinion that the only way it can be confirmed that there will be nothing fishy in the finance side of this foundation is if the Government of Pakistan is a clear shareholder and owner of the foundation. According to the legal opinions received by Profit, it is not possible for any SECP registered company to not have clearly proclaimed owners and the comment by the DPF that there are no shareholders does complicate the issues, especially since a businessmen like Jehangir Khan Tareen was on the board, and Careem CEO Sheikha still is.

“Mr. Jahangir Tareen was indeed part of the founding team, as someone who was leading the government’s reform initiatives at the time. On April 15, 2020, Mr. Tareen chose to resign as member and director, due to pressing personal and business commitments which required his urgent and full-time attention,” said SAPM Aidrus.

However, neither SAPM Adrius or foundation representatives have been able to answer questions regarding the transparency of funding for the DPF. Sources familiar with the current digital policy and progress in the country, on the condition of anonymity, opined that funding is the point where the private sector board members can become an issue.

“Let’s say, for the sake of the argument, that no board member is drawing salaries – although the statement issued so far is that this condition is only applicable to those holding government positions. But let’s consider for a moment that there is indeed no financial mishap and the funds received by the foundation are all being spent on Pakistan’s digitization, there is still a major conflict of interest,” they said.

“That comes from the fact that this foundation, working in tandem with the government’s direct Digital Pakistan initiative will be drafting the policy for the digital landscape of the country. And with private sector players on the board, without any government shareholders or ownership to govern them, there will always be a chance that the policies will come out favoring a certain industry, a specific segment, or even a particular company.”