MD terms terrorist attack 'an attempt to scare away investors from Pakistan', lauds security personnel for 'defusing the situation within no time' 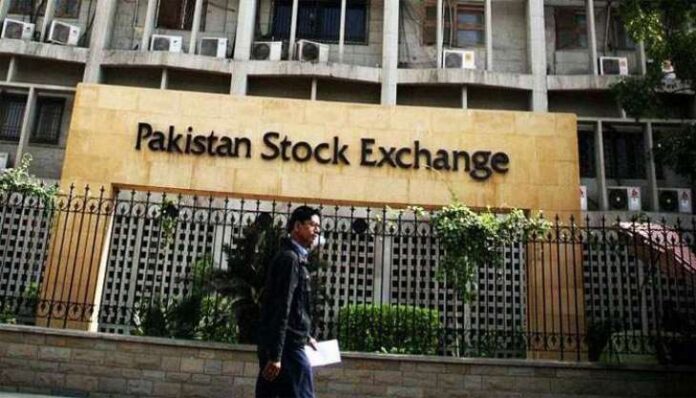 KARACHI: The Pakistan Stock Exchange (PSX) has released a statement on the attack on its premises in Karachi on Monday, dubbing it a “terrorist” attack.

In the statement, the PSX said that the situation had been brought under control as security forces, including police and rangers, “dealt with the situation effectively and very quickly”.

“At 10:02am, four heavily armed terrorists attempted to enter the PSX. The attackers were stopped from entering the premises of the exchange,” the statement said. “The security forces including guards, police and Rangers dealt with the situation bravely, skillfully and in a timely manner.”

All terrorists were killed. Two security personnel were injured, while three personnel including two private security guards and one ASI, lost their lives in the line of duty. The situation was brought under control within about 12 minutes.

The stock market continued to operate normally following the attack.

According to the statement, protocols in place were followed and the management took necessary measures to ensure that the exchange continued to function normally.

PSX Managing Director Farrukh Khan said, “Pakistan Stock Exchange, a national institution, is an important symbol of the economy. Any attack on this institution is an attempt to damage the economy and scare away investors from Pakistan.”

He added, “I am thankful and applaud our courageous security personnel including the Rangers and Police who reached the scene within no time and successfully and skillfully dealt with the terrorists. They brought the situation under control and no terrorist was able to reach the PSX buildings. All staff, TREC-holders and investors, who were present at the premises, are safe.”

He further stated, “I am proud that throughout the COVID-19 lockdown and now this extreme situation brought about by the attack, the stock exchange continued to function normally and did not close for even a minute. I want to acknowledge the calm bravery of the PSX team, brokers and investors in continuing to work under very difficult circumstances.”

According to media reports, the attackers had been armed with grenades, automatic rifles, and food in preparation for perhaps a much longer situation.

After the 12-minute interception, police and rangers surrounded and cordoned off the area which was then immediately closed for traffic.

According to Sindh Rangers Director General Omer Ahmed Bukhari, some tweets had been posted in which terrorists belonging to the Balochistan Liberation Army (BLA) took responsibility for the attack.

The BLA had previously carried out an attack on the Chinese consulate in Karachi in 2018.

However, Bukhari said a final statement on the matter would be issued after an investigation.