Imran Khan launches 'Protected Area Initiative', wherein the coverage of protected areas will be enhanced to 15pc of the country's overall land area 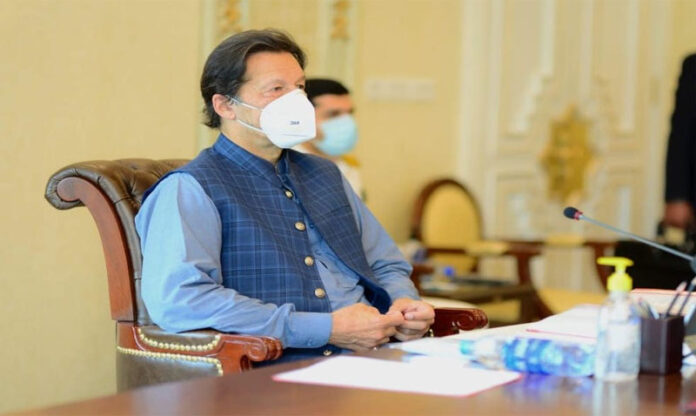 ISLAMABAD: Prime Minister Imran Khan on Thursday announced the establishment of 15 national parks in all the federating units as part of efforts to protect nature.

Launching the ‘Protected Area Initiative’ on Thursday, the prime minister said that guidelines will be given to the provinces to preserve these national parks. He said that this is a major initiative for future generations.

He expressed satisfaction that all the provinces are participating in this initiative which will also provide job opportunities to the youth. The prime minister pointed out that global warming and climate change pose a serious threat to Pakistan. “This is the reason we launched the Ten Billion Tree Tsunami Programme to counter this threat. Protecting green areas and parks will also help in this endeavour,” he added.

The premier directed the provinces to take the threat seriously and undertake the requisite steps for the protection of green areas. He said that Pakistan has a diverse landscape and has 12 ecological climatic zones.

He, however, regretted that nothing was done in the past 70 years to protect the forest cover. He stressed for developing master plans for the cities and making protection of green area basic component of town planning.

Highlighting the potential of eco-tourism in the country, he said, “We are opening areas for tourism.” He, however, asked the Khyber Pakhtunkhwa (KP) government to frame bylaws before opening the tourist spots. “We also need to prepare plans to protect endangered species such as snow leopards with the support of local people,” he added.
He called on his aide Ameen Aslam to study the way national parks were preserved and maintained in the US and implement the same in Pakistan.

Under the Protected Area Initiative, a national park will be made in each province. Under the initiative, the coverage of the protected area in the country will be enhanced to 15 per cent of the country’s land area from the current 13 per cent.

Out of these, nine are new and recently-declared national parks while six others were notified but never protected. All parks will be made fully functional national parks for the first time, with proper ecological management and governance. In the initial phase, almost 5,000 direct nature jobs will be generated for the youth.

Meanwhile, PM Imran performed groundbreaking of various development projects in Islamabad on Thursday. These projects include Rawal Dam Chowk Interchange, constructions of Korang Bridge and PWD underpass at Islamabad Expressway and Phase-1 of the development works at Sector I-15.