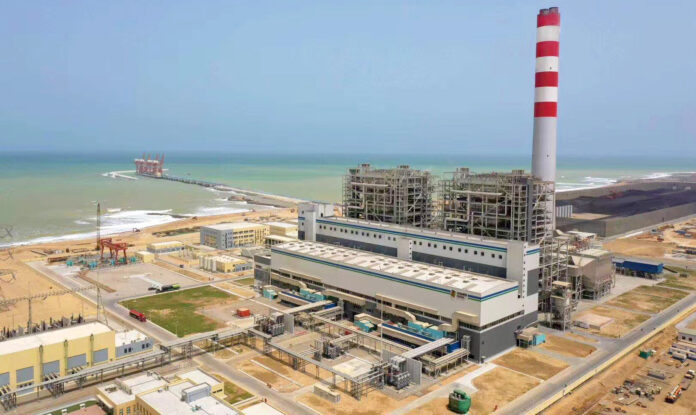 The website for the China Power Hub Generation Company (CPGHC) is not exactly what one could call slick. Awkward photos of Prime Minister Imran Khan cutting ribbons abound, and the company says the usual gimmicky stuff about social responsibility. Oh great, you probably think. Another CPEC showpiece.

You would be wrong. While CPHGC is most definitely a project under the China Pakistan Economic Corridor, this coal-fired power plant approximately 45 minutes away from Karachi in Hub, Balochistan, is single-handedly responsible for the greatest jump in earnings per share for Hub Power Company, which owns 47.5% of the project. Hub Power could care less what CPHGC’s optics are: as far as the company is concerned, the plant has commenced commercial operation and is vital for its profits. This is particularly important, since Hub Power’s other two CPEC showpieces – Thar Energy Ltd, and Thalnova Power Thar Ltd – have come to a complete standstill because of Covid-19.

To better understand this, let us look at Hub Power’s structure. Hub Power is Pakistan’s oldest private independent power producer, founded in 1991 and with a total installed capacity 1,601 megawatts. Though it is headquartered in Karachi, its three main segments – Hub Plant, Narowal Plant and Laraib Plant – are flung across Pakistan. The first is an oil-fired power station with a net installed capacity of 1,292 megawatts located in Mouza Kund, Balochistan; the second is a 225 megawatts oil-fired power station in Mouza Poong, Punjab; and the third is a 84 megawatts of hydel power station in Azad Kashmir.

Together, the annual power generation capacity of Hub Power is approximately around 8.7% of the national electricity demand in Pakistan. Now, along with these subsidiaries, Hub power also has three growth projects that fall under the China Pakistan Economic Corridor.

The first is CPHGC, which is a joint venture between Hub Power (47.5%) and China Power International Holding. This was developed with an estimated investment of $2 billion, and is expected to generate nine billion kilowatts of electricity a year, or enough electricity for four million Pakistani homes. This coal plant is estimated to require 4.18 million tonnes of coal a year, which will be imported from either South Africa or Indonesia. Construction for this power plant began in March 2017, and it commenced operations in August 2019.

The second project is Thar Energy Ltd. This is a 330 megawatt lignite-fired power plant in Thar. Hub Power currently has a 60% share in the project. As of March 2020, construction progress on TEL facilities had reached 55%. Equity injection to date stands at Rs6.4 billion.

Finally, the ThalNova Power Thar Ltd. project. This is another 330 megawatts lignite-fired plant, also in Thar, of which Hub Power holds 38.3% of the total shareholding. Construction on this plant began in 2019, and as of March 2020, around 23% of total construction has taken place. The project is expected to start operations in January 2022. Equity injection to date stands at Rs5.3 billion.

So far, so good. That first project, CPHGC, is what is helping Hub Power, as Saad Nandia, analyst at Akseer Research explained in a note issued to clients on June 26.

CPHGC is likely to contribute Rs12.5 billion to Hub Power, or basically, Rs9.7 per share.  The company reported earnings of Rs14.07 in the first nine months of fiscal year 2020, where CPHGC contributed Rs6.9 per share to the total earnings for the period. This also included a loss of Rs0.8 per share booked due to some of CPHGC’s shares transferred to the Government of Balochistan.

The bad news is that Thar Energy Ltd, and Thalnova are currently at a standstill because the engineering procurement contractors – aka, the people who build the physical plant – basically packed up their bags and quit for the time being. They did this through declaring a Force Majeure, or a clause in contracts that frees parties from liability or obligation when an extraordinary event or circumstance beyond the control of the parties happens. This could be a war, riot and yes, you guessed it, a pandemic. Due to Covid-19, there has been an uptick in Force Majeure around the world, and Pakistan is no exception.

Too bad, because as Nandia points out, that could have had a real impact on earnings: “We estimated that Thar Energy and ThalNova can potentially add PKR 8.32/share and PKR 5.11/share which have not been incorporated…as their EPC contractor issued a notice of Force Majeure Event on these projects.”

So do these excellent earnings translate into handsome dividends? Not exactly. According to Nandia, the company is expected to restrict its payout, as the company is financing its equity investment requirements for upcoming coal power projects through a mix of internal cash generation and debt. The payout for 2020 is expected to be only Rs2, though this should rise to Rs8 by 2021, and Rs19 by 2022, once the company meets its obligations to inject further equity in Thar Energy and ThalNova.