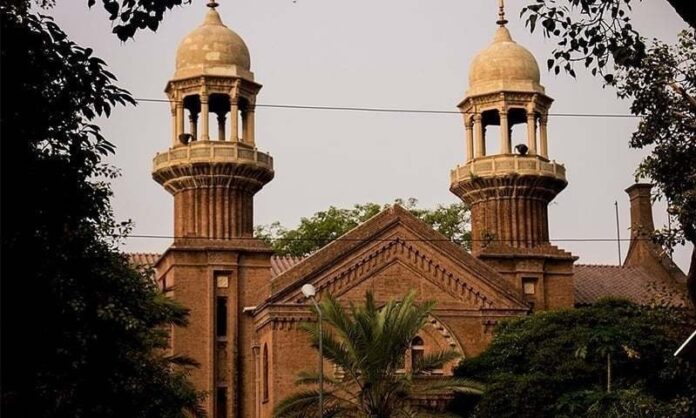 LAHORE: The Lahore High Court (LHC) on Thursday directed the government to form a high-level commission to hold an inquiry into the fuel crisis that recently affected the country amid the coronavirus pandemic.

The LHC bench, under Chief Justice Qasim Ali Khan, heard the case related to the recent fuel shortage and hoarding of petroleum products that led to a hike in petroleum prices.

The court, while ordering the constitution of a commission to probe the matter, asked the attorney general to submit names in this regard.

The LHC top judge remarked that if the AG failed to submit names of suitable candidates, then the High Court will recommend the appropriate persons for the commission.

“I need strong people in the commission, if anyone tries to hide the government record then strict action will be taken [against them],” he said in an apparent warning.

During the hearing, the LHC chief justice said that the secretary to the prime minister holds a big position and he has been showing dereliction of duty.

“Principal Secretary to PM runs the government, and the Establishment also, despite being called four times he does not appear (before the court), this is the height of bad governance,” he said.

The court warned that if the government did not give a satisfactory response in relation to the shortage of fuel across the country, then it will raise questions of its claims of good governance in the order.

Noting that the crisis surfaced during the current government’s tenure, the LHC ordered formation of an inquiry commission and adjourned the hearing until July 16.

The petrol and fuel crisis hit the country at the beginning of the last month, after which Prime Minister Imran Khan had ordered an investigation into the shortage issue.

The preliminary report, released in the mid of June, had held private oil companies responsible for ‘black marketing’ and hoarding of petroleum products, recommending strict action against them.

Earlier, the government had fined six oil marketing companies (OMCs) with Rs40 million for their non-compliance with storage requirements, causing fuel shortage amid the lockdown in the country.

January 25, 2021
ISLAMABAD: The Securities and Exchange Commission of Pakistan (SECP) has improved the security of electronic filings as well as company registration process. According to a statement,...