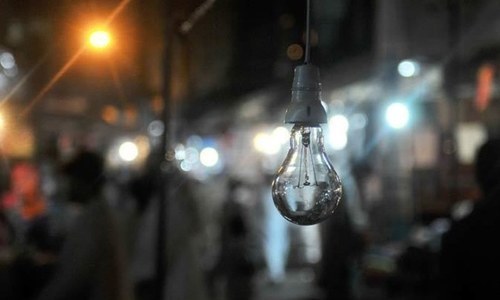 According to sources, the SSGC would halt its supply to general industries and their captive power plants (CPPs) and divert the same to KE so as to address power shortage issues in Karachi and its adjoining areas.

They said that general industries, including CPPs and CNG stations, would suffer badly due to the suspension of gas supply under the SSGC’s load management plan.

Sources said that KE had been demanding 280-300mmcfd of gas from SSGC to meet its needs for power generation, while the company was only being able to arrange a maximum of 250mmcfd gas for KE.

The average shortfall of 50-60mmcfd was causing load-shedding for the KE consumers, sources said.

It may be noted that the government had recently advised SSGC to ensure gas supply to KE, despite the fact that KE has still not cleared its liabilities of more than Rs111 billion to SSGC.

An official of SSGC, on the condition of anonymity, said that SSGC’s average gas demand from all categories of gas consumers was around 1350mmcfd for summer season and 1500mmcfd for winters.

“However, at present, the SSGC system gas has around 1,000mmcfd of gas and there is a shortfall of 300mmcfd. The CPPs are taking around 100-200mmcfd while the CNG sector is consuming 100mmcfd. This gas load management plan is a temporary one and will end on Sunday. We hope the situation will improve very soon,” he added.

Meanwhile, All Pakistan CNG Association Chairman Ghiyas Paracha has rejected the decision to divert gas to KE, saying that this was not the solution. He said the CNG sector was already facing colossal losses owing to the ban on transport after the spread of Covid-19.

“It is deplorable that gas is being diverted to the power sector, which can manage its operation through furnace oil.”

Moreover, speaking in the National Assembly on Thursday, Power Division Minister Umar Ayub Khan confirmed that gas of 300mmcfd would be provided to KE from different sources to generate 200MW. “At present, 100-180mmcfd of gas is being supplied to Karachi, besides 100MW of electricity from the national grid.”

- Advertisement -
Facebook
Twitter
Linkedin
WhatsApp
Email
Previous articleADB collaborates with WHO to expand healthcare, contain Covid-19 across Asia
Next articleUS finalising federal contract ban for companies that use Huawei, others