BoD decides to waive 45pc rent for tenants having retail outlets in Dolmen Mall Clifton; minimum rent will not be charged to those who are closed or have limited operations 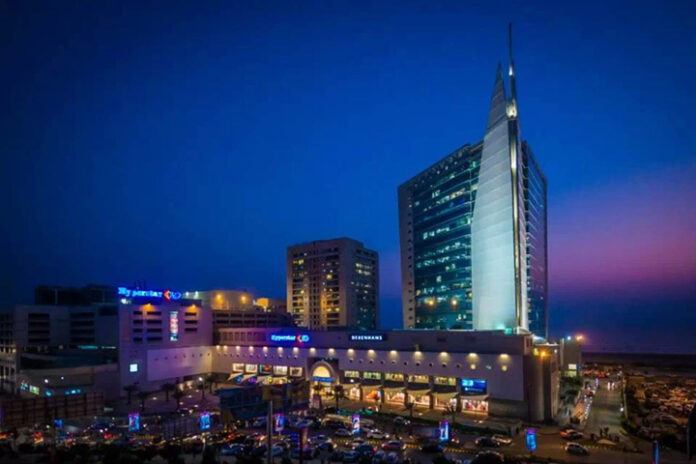 KARACHI: The Board of Directors of Dolmen City REIT has decided to waive 45pc rentals for tenants having retail outlets in Dolmen Mall Clifton as well as 40pc waiver for tenants of the Harbor Front for the month of July 2020.

“Dolmen City REIT stands fully committed with its tenants and is willing to extend maximum possible support to all of them during the ongoing pandemic,” the company stated in a notice to the Pakistan Stock Exchange (PSX) the other day.

“In addition, tenants of Dolmen Mall Clifton that have closed or limited operations on government directives, such as entertainment, food outlets, and children’s playing area will not be charged the minimum rent.”

However, the company said, this decision will not impact operational tenants that are providing essential services such as banks and supermarkets, considering that they are fully functional.

“This measure will provide essential cash flow to tenant partners already affected by the closure of business,” the notice read.

A summary of rental waivers announced by the management is provided in the table hereunder:

As per the financial accounts of the third quarter ended March 2020, the mall had an occupancy rate of 98.25pc, whereas the Harbor Front had occupancy of 94.46pc, bringing the total occupancy to 97.04pc.

Considering how the fear of coronavirus began spreading in March and the subsequent lockdown towards the end of the month, the daily average of footfall fell from 33,586 in January and 31,906 in February to 15,771 in March.

As of June 2019, according to the company’s annual statement, the mall occupancy showed that 14pc occupants were related to food, 6pc to entertainment, whereas approximately 0pc were related to financial services. These are the businesses that are likely not liable to pay minimum rent for the Month of July 2020

The majority of the occupants were engaged in apparel with 40pc tenancy, followed by 23pc miscellaneous services.

Sources state that the decision to offer a waiver in July despite the continuation of mall operations is due to pressure from apparel retailers. Owing to social distancing protocols, malls no longer allow children under 12 or adults older than 50 years old inside the malls. As a result, greater footfall is witnessed in independent stores as opposed to malls.

The retailers have been using this information to negotiate rentals with the Dolmen REIT management in order to get concessions, sources said.

As of June 2019, the monthly rental value of Dolmen Mall Clifton was Rs2.42 million, whereas the same for Harbor Front building was Rs71 million.

In addition to the waiver announcement, the Board of Directors of Arif Habib Dolmen REIT Management Limited, the management company of Dolmen City REIT (the scheme), have approved a final cash dividend of Rs0.2 per share or 2.0pc. This is the equivalent of 8pc annualized, which brings the cumulative dividend to Rs1.25 per share or 12.5pc for the year ended 30 June 2020.

Previously, the company announced and paid interim dividends of Rs1.05 per share or 10.5pc (annualised at 14pc).

“The 4QFY20 earnings will be impacted due to the lockdown. This will also hurt its dividend-paying capacity in the outgoing year, which in turn will dampen its dividend yield especially for defensive investors for this year only. However, if things settle down, the company will be on track next year considering it is a good dividend yield stock,” said Naushad Chamdia, CEO of Standard Capital Securities.

Considering how the company has decided to waive rentals in view of Covid-19 and the impact on business operations, the decision to announce interims is backed by the strong balance sheet and reserves the company had.