Tour operators say PM had last month lifted restrictions on the industry, but local administration is not complying with PM's orders 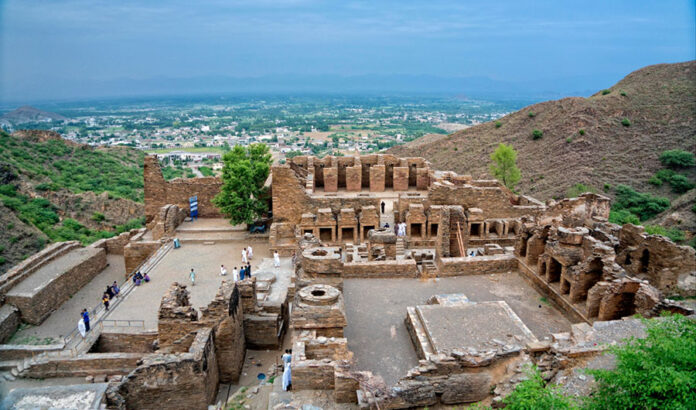 ISLAMABAD: As the government is reopening different sectors of the economy despite an increase in the number of coronavirus affectees, the country’s tourism industry was still faced with unnecessary restrictions, leaving many associated businesses on the verge of bankruptcy.

The tour operators, especially those who depend on the five-month summer season, have decried that the concerned authorities were yet to reopen the industry despite orders from the prime minister.

In a letter sent to Special Assistant to Prime Minister on Overseas Pakistanis Syed Zulfikar Abbas Bukhari, Pakistan Association of Tour Operators (PATO) stated that local administration was not lifting restrictions on tourism and associated businesses despite the PM’s clear directives in this regard during the first week of June.

The association recalled that the decision to reopen the industry was taken by the PM after consultation with Khyber Pakhtunkhwa and Gilgit-Baltistan governments to revive the tourism-led economy of these areas.

“But the local administration is yet to implement the instructions of the PM,” the letter by PATO added.

PATO informed that many businesses in KP and GB were on the verge of bankruptcy due to the imposition of Covid restrictions. “As most tourists, both local and international, proceed to the several areas of KP and GB from Islamabad, the closure of industry has hit the allied sectors in Islamabad too,” it added.

AS per the letter, “The closure of the tourism industry has caused losses worth billions of rupees to businesses, besides rendering around three million jobless in GB alone. This is a serious issue as tourism is the main source of income for a large number of people in these areas.”

PATO General SecretaryMuhammad Sadruddin informed that the operators’ grievances have been forwarded to the special assistant to the PM, who has the portfolio of tourism in the federal cabinet.

“We are a responsible business and being licenced tour operators we have links with the international tour operators,” Sadruddin said. “We consider ourselves as brand ambassadors of Pakistan and therefore we abide by all the SOPs and international standards.”

He said that the tourism sector was directly linked with car rental and hotel businesses, and the government should relax the restrictions on the tourism industry after Eidul Azha.

Meanwhile, GB Assembly Speaker Fida Muhammad Nashad acknowledged the serious economic loss to the local population due to the closure of the tourism industry.

“The tourism season in GB is from March to September, so we only have only two months left,” Mr Nashad said. “The caretaker government has recently allowed the limited opening of tourism with the conditions that the SOPs have to be followed by all quarters.”

He hoped that the federal government too would allow movement of tourists.