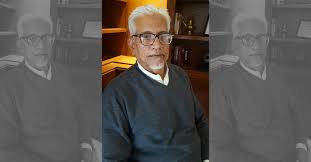 ISLAMABAD: The government has appointed former secretary finance, Dr Waqar Masood Khan, as head of the newly-created “Subsidies Cell” to make targeted, the allocated subsidies in the budget, a national daily reported.

A circular issued by the Finance Division on Monday stated that Prime Minister Imran Khan had appointed Dr Waqar Masood as head of the “Subsidies Cell” in the Ministry of Finance, and he would work on an honorary basis. The officers concerned, from the Ministry of Finance and from all other ministries and divisions, dealing with the subject of subsidies shall provide all necessary assistance to the “Subsidies Cell”.

The composition and Terms of Reference (ToRs) of the “Subsidies Cell” shall be notified in due course of time. While chairing a meeting of the think tank established on economy last week, the prime minister directed his Adviser on Finance Dr Abdul Hafeez Sheikh to set up a cell to review the subsidies provided to every sector and submit recommendations for effectiveness of subsidies. Sources in the Finance Ministry said there were leakages in the subsidies and it must be plugged to ensure that allocated subsidies reached the people in need.