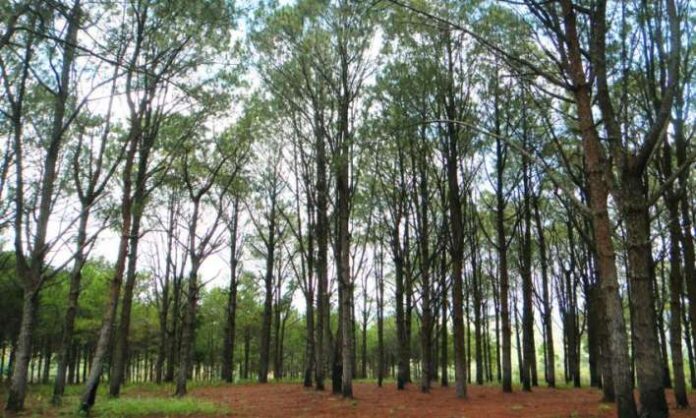 KARACHI: Sindh Government has invited corporate sector including multinationals to join its drive to grow and maintain urban forests in Karachi and other cities of the province. For this purpose, the Sindh government will also provide land and all other technical assistance required to do the plantation, a national daily reported.

The offer to this effect was made by Sindh Government Secretary for Forest and Wildlife Department Abdul Rahim Soomro at a consultative session held on monsoon plantation drive. The session was organised by Central Standing Committee on Environment of Federation of Pakistan Chambers of Commerce and Industry (FPCCI) whose majority of the participants joined the proceedings through video-link in view of Covid-19 restrictions.

The secretary said that a site in Shah Faisal Colony no. 2 had also been selected for developing urban forest along the Malir River in the city. Sindh Forest Department had been conducting an extensive mangrove plantation drive along the coastline of the province under which a record number of 2.1 billion mangroves had already been planted.

An extensive effort was also being carried out to retrieve hundreds of thousands of acres of precious forest land in the province from the illegal occupation of the influential encroachers, he informed, adding that other than transferring the ownership of the land, the Forest Department was fully ready to provide whatever assistance was required by the private sector to grow and maintain urban plantation at any suitable place in the province. “We will also provide land to grow the urban forest but obviously we could not transfer ownership of the land in view of the directives of the apex judiciary,” he said.

He said that Sindh was also participating in the ‘Clean and Green Pakistan’ initiative of the federal government as the province had got share of Rs2.5 billion out of total Rs125 billion budget of the programme.

Brig Qasim Changezi, Horticulture Director of Defence Housing Authority (DHA) Karachi, would plant 100,000 trees as its contribution in the Clean and Green Pakistan campaign as 75,000 trees had already been planted in the area for the purpose.

Renowned industrialist Mian Zahid Hussain said that the FPCCI would play its due role to promote greenery in the country and also to curb the harmful phenomenon of untreated discharge of the industrial effluents into the water bodies including the sea. He said that harmful emissions from the industrial units formed another harmful activity, which should be checked to safeguard the environment.

Convener of FPCCI standing committee on environment Naeem Qureshi said that unchecked release of industrial waste had caused irreparable damage to the marine environment of the city as treatment plants should be established at the earliest to prevent this harmful activity.

He said that his standing committee would act as a liaison between the corporate, industrial entities and Sindh government department’s Forest Department to promote the urban plantation drive all over the province especially in Karachi. He emphasised that the provincial governments, other relevant agencies and private sector should proactively take part in the Clean and Green Pakistan programme of the federal government for planting 10 billion trees all over the country to protect the environment.