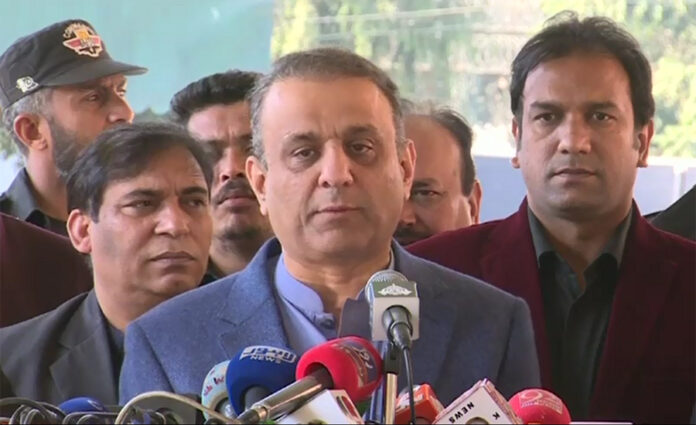 Addressing a press conference here, Khan asked the Sindh government to give up its indifference and show mercy to people so that supply of wheat at low rates could be started in Sindh.

He said that after supply of the government wheat to flour mills at low rates across Punjab, a 20kg bag of flour is available at Rs860 but when it crossed Rahim Yar Khan and entered Sindh, it is sold at more than Rs1,200. He also said that according to the Constitution of Pakistan, no province could stop the inter-provincial transportation of wheat or flour, so Punjab has had to bear this burden.

Khan appealed to Sindh Chief Minister Syed Murad Ali Shah to immediately intervene in the matter and ensure supply of wheat to flour mills in Sindh at low rates and decrease the price of flour at Punjab level. He insisted that if Punjab and KP could provide cheap flour then the Sindh government could also do so.

The senior minister stated that 17,000 tonnes of wheat was being supplied to flour mills in Punjab daily which has been increased to 32,000 tonnes during Eid days. He mentioned that they had 10 months stock and wheat should start being imported before December in which Punjab’s share would be 0.7 to 0.8 million tons.

He said that so far orders had been issued to import 0.444 million tonnes of wheat. Punjab is to extend cooperation for the people of other provinces but those provinces have yet to show responsibility themselves.

Replying to a question, Khan said that wheat production has been reduced in Upper Punjab due to rains and other factors. The Punjab government did not provide wheat to non-functional flour mills this year at subsidised rate while the food department has completed procurement of more than 4 million metric tonnes of wheat, which is a record, and in this process the farmers were paid in one day, while there was no difficulty in the provision of bardana.