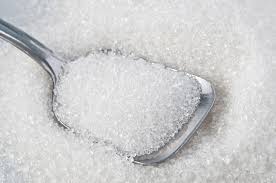 KARACHI: The Trading Corporation of Pakistan (TCP) is all set to initiate the import of sugar and wheat for domestic consumption, a national daily reported.

A high official of the state-run grain trader said on Tuesday that all preparations have been made by the TCP to start the import of two essential commodities to avoid shortage in the domestic market and keep the prices at a reasonable level. “The federal government is in touch with the TCP officials and currently, we are waiting for written approval to initiate the import of wheat and sugar. Once we get approval, we will start the import process,” he added.

He said the TCP has vast experience of commodity import and always ready to serve the nation by completing the task in specific time given by the federal government. Sources say that on the request of the TCP, the federal government has granted relaxation in the Public Procurement Regulatory Authority (PPRA) Rules to ensure the timely arrival of commodities in the country.

In addition, a meeting for the import of wheat and sugar was chaired by Prime Minister Imran Khan, on Monday, and TCP Chairman Riaz Memon also participated in the meeting via video link. During the meeting, all aspects of the import of commodities were discussed in detail. The meeting was also attended by Federal Secretary Commerce, Food Security and other officials.

Sources said that written approval from the federal government is expected to arrive today (Wednesday), for the import of sugar and accordingly tender will be released by the state run grain trader. Tender and other relevant documents have already been prepared by the TCP to initiate the import operation.

They said the import operation will require billions of rupees funds and the TCP has also requested the federal government to release funds for the import of sugar and wheat. Sources said the federal government has planned to import two commodities, i.e. sugar and wheat as prices of both commodities were increasing due to some shortage in the domestic market.

During the FY20, wheat output stood at 24.9 million tonnes against the consumption of some 25-26 million tons, therefore the government decided to import the commodity. Wheat and its products prices are increasing for the last two months in the domestic market. Wheat flour prices surged to Rs 68 per kilogramme. Sugar prices in the domestic market are also soaring due to some shortage and it is currently being sold at Rs95 per kilogram, after a Rs10 increase as compared to June 2020.