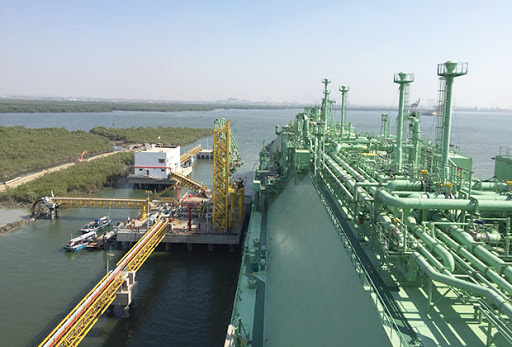 ISLAMABAD: The government has decided to auction unutilized capacity of LNG Regasification Terminals not under government’s use on a short-term basis, Business Recorder reported on Wednesday.

Currently two LNG Regasification Terminals are operational, one each under Sui Southern Gas Company Limited (SSGCL) and Pakistan LNG Terminals Limited (PLTL). While SSGCL terminal is operating near capacity, the PLTL terminal is under-utilized with an average utilization of only 51 percent in 2019-20. This excess and unutilized capacity is causing the tarrif to shoot up from the levelized tarrif which casued additional burden of $43.2 million in 2019-20. To counter these extra expenses, the petroleum division has allowed the terminals to allocate their excess re-gasification capacity to third parties on commercial basis, subject to the conditions stated in the decision.

Since the utilization needs may increase depending upon GoP’s requirements, one of the most viable options provided to these terminals is to offer excess capacity of terminals to private parties on short-term, 3-month forward visibility basis, while GoP will maintain priority rights of terminal utilization. However, it may shift the bulk consumers to private suppliers thus increasing take-or-pay risks for GoP. Therefore, it would be imprudent to make any long-term commitments for sale of unutilized capacity.

On July 28, 2020, the Economic Coordination Committee (ECC) of the Cabinet constituted a two-member committee comprising Minister for Maritime Affairs Ali Zaidi and SAPM on Petroleum Nadeem Babar to look into the commercial terms of the proposal. The Committee may submit their report to the ECC in two weeks time.