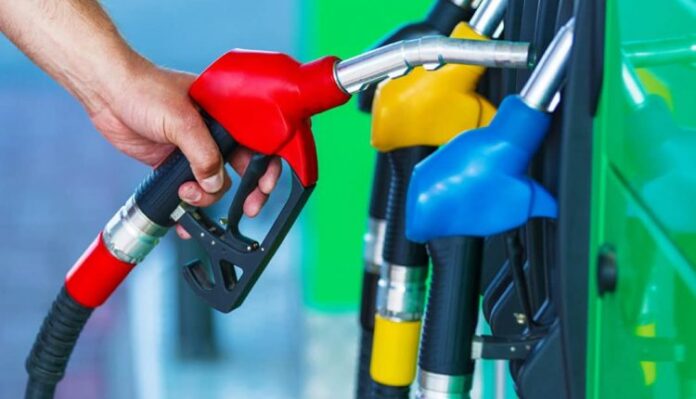 ISLAMABAD: The Federal Board of Revenue (FBR) has estimated additional revenue of Rs 3-4 billion in August 2020 as a result of increase in the price of petroleum products by up to 11.8 percent, a national daily reported on Wednesday.

According to a senior FBR official the federal government has raised the ex-refinery price of all petroleum products across the board to generate additional revenue under general sales tax (GST) which has been maintained at the standard rate of 17 percent for the month of August. Sales tax is levied as a percentage of the price on ad valorem basis, therefore any increase in price would increase total sales tax collection.

On Friday, Finance Division announced an increase in petroleum prices by up to 11.8 percent by keeping the GST at the standard rate. The ex-refinery prices of POL products have been increased, a major demand of Oil Marketing Companies (OMCs) and local refineries. However, PL on petrol and HSD have been reduced to minimize the impact of increasing global petrol prices.

Sources said that based on monthly consumption of petrol and HSD estimated Rs 3-4 billion additional revenue will be generated under GST head. These two products are major sources of GST and PL. The average petrol sales are touching 700,000 tonnes per month against monthly consumption of around 600,000 tonnes of HSD. The sales of SKO and LDO are on average around 11,000 and 2,000 tonnes per month.

The revenue collected from petroleum levy is not part of the federal divisible pool, whereas sales tax as per the constitution is a component of the divisible pool and distributed as per the seventh National Finance Commission formula: 57.5 percent provinces with 46.5 percent for the centre. Therefore, the share of provinces would subsequently increase following raise in petroleum prices.

As per calculations, the ex-depot price of petrol is raised to Rs103.97 per litre instead of Rs100.11 per litre, showing an increase of Rs3.86 or 3.8 percent. The product is mostly used in private transport, small vehicles. The ex-depot price of HSD is fixed at Rs 106.46 per litre from its existing rate of Rs101.46 per litre, up by Rs 5.00 per litre or 4.9percent. The HSD is mostly used in heavy transport vehicles and agricultural sector.

The Oil and Gas Regulatory Authority (Ogra) worked out an increase of about Rs7 per litre in petrol and Rs 9.50 per litre in HSD for August and Rs6 per litre increase in SKO and LDO prices based on existing tax rates and import costs of the Pakistan State Oil (PSO).

The government had increased its reliance on the PL to fetch additional Rs 234 billion revenue in the budget 2020-21. The overall collection of PL has gone up to Rs450 billion against revised estimates of Rs216 billion in financial year 2019-20.