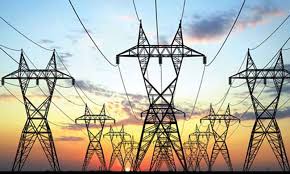 ISLAMABAD: Narowal Energy Limited – subsidiary of The Hub Power Company Limited (Hubco) – and the Committee for Negotiations with Independent Power Producers (constituted by the Federal Government), have executed a Memorandum of Understanding (MoU), the company informed the Pakistan Stock Exchange (PSX) on Monday.

The submitted letter wrote, “In accordance with Section 96 of the Securities Act, 2015 and Clause 5.6.1(a) of PSX Regulations, we hereby inform you that the Narowal Energy Limited (a wholly owned subsidiary of The Hub Power Company Limited (Hubco) under the 2002 Power Policy) and the Committee for Negotiations with Independent Power Producers (constituted by the Federal Government), have executed a Memorandum of Understanding (MoU)”.

The parties have agreed that as and when the Competitive Trading Arrangement is implemented and becomes fully operational, the power plant shall move to Take and Pay as per the terms defined in the Generation License.

The letter also informed that the return on equity rate shall be changed from current 15% in US$ to 17% in PKR with no future USD indexation. The dollar equity shall be converted to PKR using exchange rate PKR/US$ of 148.

The Power Purchaser and the Federal Government will devise a mechanism for repayment of the outstanding receivables with agreement on payment of receivables within an agreed time period, which will be reflected in the final agreement to be signed. The terms of the MoU are subject to approval of the Board of Directors of Narowal Energy Limited and Hubco, as well as NEPRA and the Federal Cabinet and execution of a final agreement between the parties, the notification said.

It is pertinent to mention that the MoUs being finalized and pertaining to the Power Plants operating under the 1994 Power Policy do not apply to Hubco as the Company was incorporated prior to 1994 Policy and is a stand-alone negotiated deal. While negotiations are underway between the Committee and the Company in relation to the Hub Power Plant, any understanding will be disclosed as and when an agreement has been reached.