NAB, FBR, FIA and SECP ordered to carry out fresh and independent inquiry 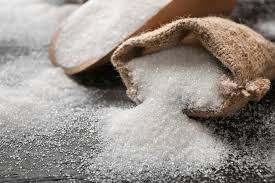 KARACHI: The Sindh High Court (SHC) nullified the sugar inquiry commission and its report and ordered the authorities to conduct a fair inquiry into the matter, media reports said on Monday.

SHC division bench, comprising Justice KK Agha and Justice Omar Sial, announced the reserved verdict on a petition filed by the Pakistan Sugar Mills Association (PSMA) against an inquiry commission that was formed by the government earlier this year to probe into a sugar crisis that hit the country.

The SHC declared report of Sugar Inquiry Commission null and void and also ordered National Accountability Bureau (NAB), Federal Board of Revenue (FBR), Federal Investigation Agency (FIA) to carry out an independent inquiry as per law.

The court’s verdict said, “If any government official has misused his powers, it should be investigated,” said the SHC. “FIA should also ignore the sugar inquiry commission report and re-investigate”. Securities & Exchange Commission of Pakistan (SECP) and the State Bank of Pakistan (SBP) were ordered the same by SHC.

The report transpired that farmers faced losses at the hands of businessmen and middleman and that the farmers were not given their due share while sugar was sold at higher rates. The findings of the report also revealed that some sugar mills used informal receipts and carried out informal banking, which is an unregulated procedure and resulting in losses to the farmers.