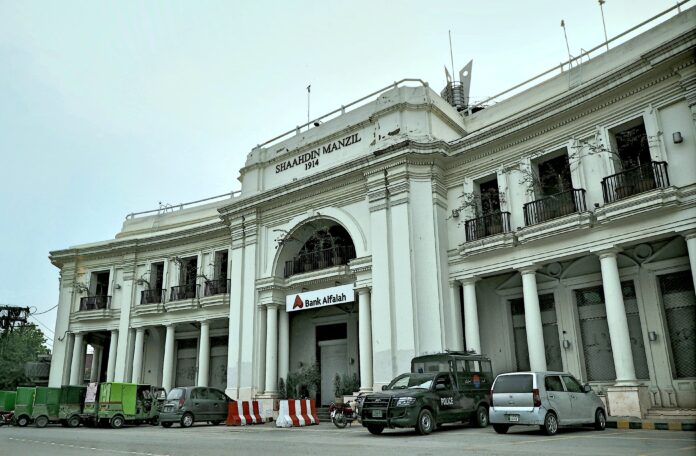 KARACHI: Bank Alfalah Limited on Tuesday released its financial results for the half-year ended June 30, 2020 announcing an 8.4 per cent reduction in profit after tax to Rs5.8 billion compared to Rs6.3 billion in the corresponding period of last year.

The bank’s earnings per share (EPS) clocked in at Rs3.25, which is a decrease from the Rs3.56 during the same period of last year. Specifically, in the second quarter of the year, the bank recorded an EPS of Rs1.62, which is a fall of 8.5 per cent year-on-year.

The bank’s net interest income grew 10 per cent year-on-year to Rs11.6 billion in the second quarter. In a statement issued to the press, the bank said this was due to higher average earning assets, along with better balance sheet management.

Furthermore, the banks Current Account Savings Account (CASA) ratio stands at 81.25 per cent, while the gross advances to deposits ratio stands at 66.5 per cent. At the close of the half year, the bank’s capital adequacy ratio stood at 17.67 per cent.

According to AKD Securities, the decline in profit was due to the higher than expected provisioning expense of Rs3.3 billion in the second quarter.

According to the bank, around Rs2 billion was booked to increase the loss reserve of the bank, and because the fee income had fallen short of expectations.The bank also said that it had adopted a more conservative view for provisions built up against advances, which included subjective provisioning and general provision because of the pandemic.

On the bright side, administrative costs declined on a quarterly basis, which helped keep the cost to income ratio to 47.1 per cent, which is the lowest in over a decade.

The overall result was below analysts’ expectations. According to KASB Research, the market consensus had been around Rs1.8 per share. “We expect the stock to remain under pressure due to below expectation results driven by higher provisioning expense,” the research house said.

“NIMs are expected to shrink going forward as domestic advances loan books will reprice taking the lagged impact of 400bps cut in the policy rate during the quarter,” KASB also said.