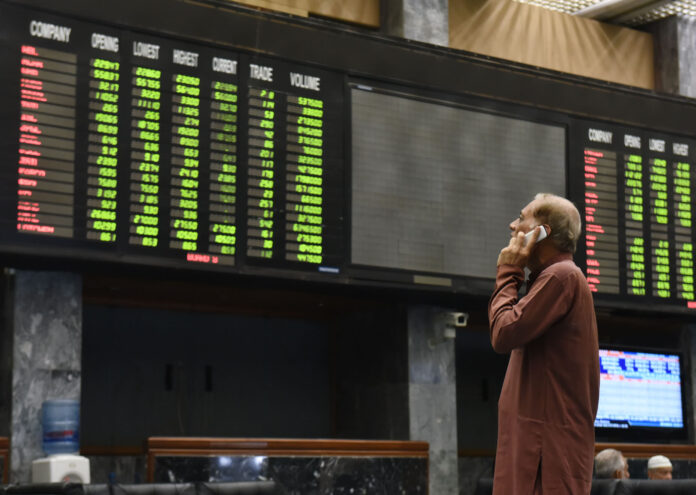 KARACHI: The Pakistan Stock Exchange (PSX) started the week on a positive note, with the benchmark accumulating over 350 points intraday amid positive sentiments.

“The stock market managed to keep the investors interested throughout the day, with oil marketing companies, refinery, chemical, cement, steel and pharma stocks performing particularly well,” said a report issued by AHL Ltd. “The exploration & production sector, on the other hand, went down on the back of declining international crude oil prices.”

Meanwhile, in a notification to the exchange, Avanceon Limited (AVN +7.30pc) announced that its wholly-owned subsidiary ‘Avanceon FZE’ has been contracted to work on an oil & gas midstream project. The project is worth over half a billion rupees and will be responsible for the transportation of oil products to key regions of Pakistan.