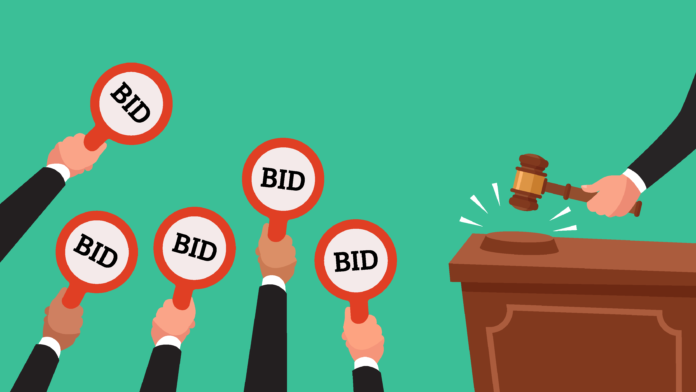 ISLAMABAD: The Privatisation Commission on Monday auctioned five government properties for Rs156.45 million, as against the initial target of Rs140.525 million.

The auctioned properties include two penthouses in Islamabad Country Club as well as two apartments — one in Centaurus Mall and the other in PHA apartments.

But maximum interest was witnessed in the land sold at Pir Sohawa, with bidders substantially increasing their bids till the final call of the highest bidder.

Soomro termed the inaugural session as “a substantial step” towards economic sustainability. “We are privatising 17 other entities simultaneously, and our prime focus is on transparency as directed by PM Imran Khan.”

He urged the people to come forward and participate in the biddings, as the benefit of the process would ultimately go to the country. The money would be used for debt retirement and poverty alleviation, he added.

Speaking on the occasion, SAPM Zulfi Bukhari lauded the PC for auctioning the dead properties that were straining the state resources. “It is a great opportunity for investors, especially after the PM announcing a construction package,” he opined.

Meanwhile, Maritime Affairs Minister Ali Zaidi said, “Today we achieved a milestone upon which we shall build a positive image of the country.”

He said privatisation was a necessary step as it helped inject capital, expertise and technology to loss-making entities and make them financially viable.

“We could see how few banks performed better after they were privatised. The focus through this step would be to invest more on social development schemes,” he maintained.

During the auction, the privatisation ministry briefed the participants on how it ensured transparency; all eligible bidders were given a fair and equal chance to actively participate in the bid. The bidding was conducted by the financial advisers in the presence of the media and was duly monitored by the auction committee comprising senior officials of the ministry.