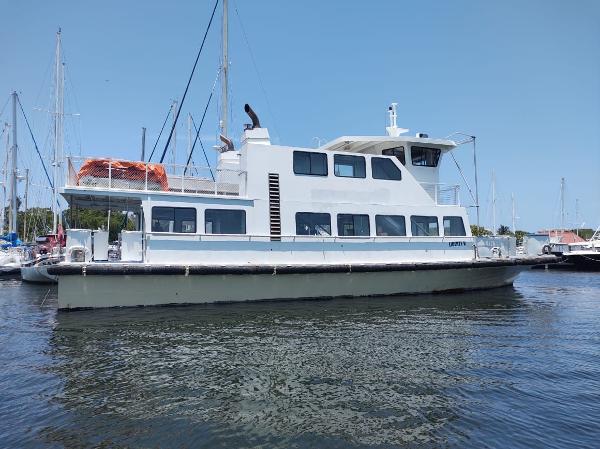 ISLAMABAD: The federal cabinet on Tuesday gave formal approval to the launch of a ferry service from Karachi and Gwadar ports to neighbouring states of Iran, Iraq, United Arab Emirates and beyond.

At present, there was no international or national commercial ferry service operating in Pakistan for the purpose of transportation of passengers and goods.

According to a summary exclusively available with this scribe, the potential advantages of water transportation through ferry services were established and common around the world, particularly in several European countries.

In the regional countries such as Iran, UAE, Oman, Bangladesh and Sri Lanka, there were established ferry operators, which were successfully running on various routes. The potential for initiating a ferry service in Pakistan has been felt for quite some time, especially in the context of providing an alternate route for Zaireen intending to visit holy sites in Iran and Iraq.

According to details, the Ministry of Maritime Affairs had moved a summary for Prime Minister on December 15, 2017, through foreign affairs, interior, revenue and defence divisions, proposing the launch of a ferry service through Pakistan National Shipping Corporation (PNSC).

The Ministry of Foreign Affairs and the Ministry of Interior endorsed the proposal, but the Defence Division had raised various observations/conditions on the proposed ferry service. Hence, the Prime Minister’s Office returned the summary with the directions to address the observations of the defence ministry and re-submit the same within the shortest possible time.

Subsequently, the maritime affairs ministry re-submitted the proposal along with a response to the observations raised by the Ministry of Defence. It proposed a slightly changed route and involvement of private operators. The Defence Division supported the proposal but stressed that ferry service should be launched in three phases.

The Defence Division recommended ferry services to Muscat and then to UAE and Abu Dhabi in first and second phases, respectively, and later to Iran/Iraq in the third phase. The ministry was of the view that ferry service without Iran/Iraq, a popular destination for the Zaireen, in the first phase shall not be commercially viable.

The foreign affairs and interior divisions endorsed the proposal of this ministry subject to addressing the security concerns raised by the Ministry of Defence. The re-submitted proposal was returned by the Prime Minister’s Office, with the direction to convene a meeting of the relevant stakeholders in order to address all the observations/concerns, including those raised by FBR and defence ministry and thereafter submit recommendations.

The ferry terminals at Karachi Port, Port Qasim and/or Gwadar Port would be established by the respective port authorities, replicating all the operational facilities related to security, immigration, customs etc. as that of any international airport in the country in collaboration with other ministries.