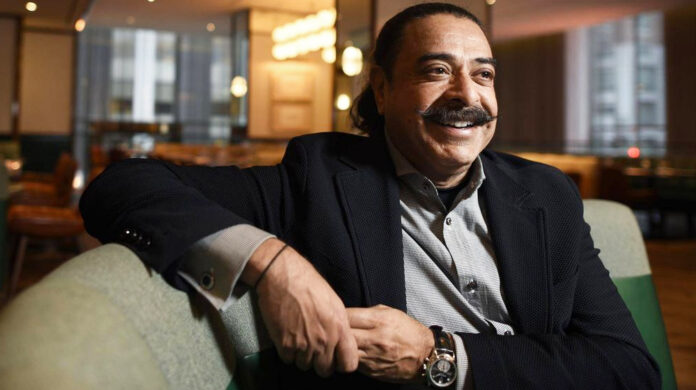 Pakistan-born Shahid Khan has figured in Forbes’ list of richest Americans, topped by Amazon founder Jeff Bezos for the third year in a row.

Khan has been featured as the 66th richest man in the United States (US) with a net worth $7.8 billion in the Forbes list of 400 richest Americans – published on Tuesday.

The 39th Forbes list ranks CEO and founder of Amazon, Jeff Bezos, as the richest man of the US with a fortune of $179 billion, as of July 24, 2020, which is up 57pc from last year. Bill Gates has about $111bn and Facebook CEO Mark Zuckerberg has $85bn. He is the third on the list.

“Pandemic be damned: America’s 400 richest are worth a record USD 3.2 trillion, up USD 240 billion from a year ago, aided by a stock market that has defied the virus…Even in these trying times mega-fortunes are still being minted,” Forbes said.

Now 70, Shahid moved to the US back in 1967 aged 16 to study at the University of Illinois at Urbana–Champaign (UIUC). An engineer by trade, Shahid Khan is the only Pakistani featured on the list. He had immigrated to the US at age 16 with $500 and a plane ticket.

He made his fortune in the car parts business and is also the owner of the Jacksonville Jaguars of the National Football League (NFL), the English Football League Championship team Fulham F.C., and automobile parts manufacturer Flex-N-Gate in Urbana, Illinois which he bought on 1980.

Khan was also featured on the front cover of Forbes magazine in 2012 as the face of the American Dream.

“There are 18 newcomers on this year’s list including Eric Yuan, CEO of Zoom Video Communications, with a net worth of $11 billion; Jim Koch, co-founder and chairman of the Boston Beer Company, producer of Samuel Adams Beer, with a net worth of $2.6 billion; and at age 38 the youngest newcomer, Trevor Milton, founder of electric and hydrogen-electric truck maker Nikola,” the report highlighted.

US President Donald Trump’s ranking dropped to number 352 from 275 in 2019, and his net worth dropped to $2.5 billion from last year’s $3.1 billion, as the value of office buildings, hotels, and resorts have taken a huge toll amid the ongoing coronavirus pandemic.