What have we gained and lost through the Covid-19 experience? 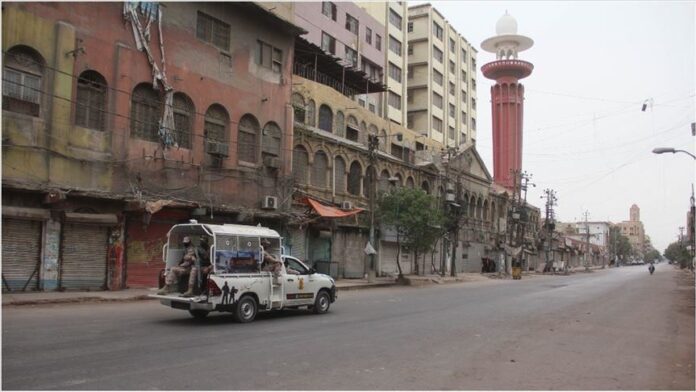 So, we have decided to come out – out of the coronavirus, that is.  We have declared victory over the dreaded disease by determining that cases have dropped to a negligible level, a declaration made with testing at minimal levels, mind you. As we pump our fists and beat our hearts, we are well aware that we have no idea what really happened. We may have won but are clueless about how we did it.

There are theories about the hot weather or temperature levels and the particular strain of virus which mutated into a benign existence in recognition of the geographical boundaries of the land of the pure! Since nothing else makes much sense we have to believe that divine intervention has shown mercy on a nation of poor and hapless beings. Perhaps the only one of its kind.

Leaving all that aside, more importantly, do we know if the game is indeed over or is it only a television type of ‘short break’ or perhaps the more elongated cinema version “interval”? In either case, we can use the bathroom and refresh our drinks and popcorns before returning to the continuity of the program/pandemic. I hope not.

The pandemic is still around. But I must confess I was wrong in thinking that it would be a game changer. I thought it would make us realize how we had gone down the wrong path over the last few decades, with fast paced, consumption-based wealth creation for the few failing the majority of our citizens.

I thought the public outcry over a health emergency would be too much for a system which was never designed for the public good. The system would break, I predicted, thinking that the calls for remodeling the political and economic structures would make the powers-that-be realize that their own survival lies in aligning themselves with the interests of ordinary people.

I thought this new path would require a major reduction in the allocation of resources, moving them from non-development expenditures like defense to the health and education sectors. I thought a poor country like ours could benefit from the pandemic by seeing clear evidence of how misplaced the priorities of our state have been for over 70 years.

I compared our social sector allocations to those in the developed world and hoped we would finally move in the same direction. I wrote that this is a once in a lifetime opportunity as all stakeholders would be on the same page and no one could really oppose the shift.

I even thought that the government would embark on a fast-paced digitalization of services to reduce the people’s exposure to the virus and that this would make government, at various levels, more efficient. There is much evidence of this trend being accelerated in many developing countries – why should Pakistan also not follow this direction?

For businesses I suggested that this would be a great time to reimagine business models, to emerge from our archaic management practices and start doing things differently. I said that new investments in businesses backed by technology and digital models would be the new normal and I looked up to those entrepreneurs who displayed resilience and a desire to change for the better. I thought investments would move away, albeit gradually, from traditional sectors like real estate, textiles, cement and fertilizers to modernized agriculture and its related logistics chain, ecommerce, online education, virtual healthcare and other services enabled through technology.

Even personal life, I thought, would require major changes: We would work more from home, we would spend time with families, reduce spending on non-essentials, increase savings and participate increasingly in the virtual and gig economies.

My predictions have been mostly wrong it seems. For now, at least, we revert to life as it was.

To start with, the federal government has decided to restart the economy with a package for the construction industry which has all the concessions required for money laundering. It brings into play everything that I dreaded – the same people and the same industries benefiting in the very same manner as before.

There is nothing on the horizon for health and education. Defense remains perhaps the only budgetary head which has increased despite the pandemic. There is no e-government initiative and nothing to show even a remote interest in modernizing service delivery by state institutions.

As businesses reopen, companies are starting from where they were pre-pandemic. Retailers are putting up big sales to entice consumers into spending. Exporters are dropping prices to revive orders which had disappeared in the last six months. Manufacturers are offering additional features or services. Overall, there is a push to generate extra revenues to make up for the losses incurred.

While there is absolutely nothing wrong with all this, what’s sadly absent is innovative and creative responses to the difficult circumstances. Encouraged by government concessions for the traditional sectors, people see no reason to move towards newer, non-traditional ones.

We have also returned to our offices gladly, breaking away from the monotony of work-from-home at the first chance offered by the reduction in pandemic numbers. People have discarded physical distancing requirements as the nation celebrates victory over the virus. There’s a return to spending on clothes, travel (limited to domestic excursions due to international travel restrictions) and other similar non-essentials. Social life has improved, with eating out and get togethers of the rich fast returning to normal levels.

What have we gained and lost from the experience of the last six months?

Of course, the 6,500 or so lives lost is the starting point of assessing what has gone and will not return. Additionally, many have lost jobs or incomes and will struggle to revive their livelihoods.

As any crisis abates, the most important gains are based upon what we learn from our mistakes.

Sadly, this is where we have truly lost.

We have squandered the opportunity to learn and change and redirect our public policy, our businesses and our individual lives. We have not done any of this.

Even now, we are not completely out of danger as far as the pandemic is concerned, going by the warnings being issued by our own health workers and medical institutions, and the second waves occurring in many other countries. Given the circumstances, it may still not be too late to reflect on the last six months.

Dreamers like me are happy for the relatively low loss of lives and livelihood in our country so far, but will continue to think about the lost opportunities in this experience.

There is a running theme across many of the stories we cover in this week’s issue of Profit: how distorted incentives can completely transform...
Read more
COMMENT

Ever since the coronavirus pandemic began its global assault in early 2020, scientists across the globe have been working against the clock to find...
Read more
COMMENT

Getting back to profitability

Is it time to talk about making returns
Read more

September 20, 2020
NEW DELHI: India’s parliament on Sunday passed new bills the government says will make it easier for farmers to sell their produce directly to...

Rolls-Royce plans to raise up to 2.5 billion stg as Covid-19 bites