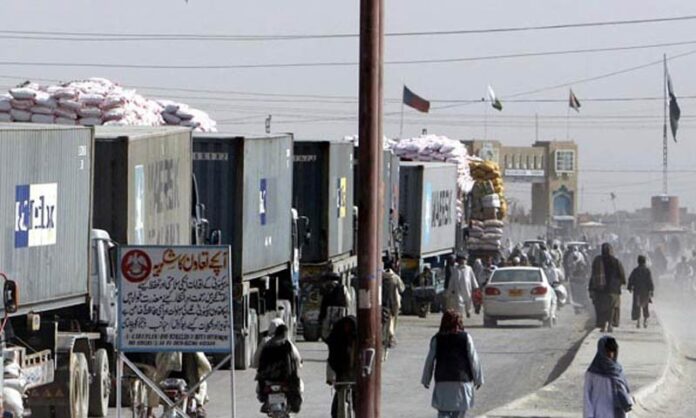 PESHAWAR: The Government of Pakistan (GoP) has decided to reopen the Ghulam Khan border crossing for transit trade from October 1 to reduce the number of trade vehicles on main crossing points Torkham and Chaman, it emerged on Saturday.

According to details, customs officials have initiated work on the Ghulam Khan border with Web-Based One Customs (WeBOC) system, developed by Pakistan Revenue Automation Limited (PRAL) for the Federal Board of Revenue (FBR), which will allow Pakistan to send regular cement exports via Ghulam Khan crossing from October 1.

The Customs department has written to cement exporting companies, apprising them that for the cement exports, Ghulam Khan border crossing will be open from next month.

Sarhad Chamber of Commerce Senior Vice President Shahid Hussain told Pakistan Today that the chamber welcomed the development to install a WeBOC system at the border crossing, adding that it will reduce the burden at Torkham and the trade vehicles will be cleared without delay.

One of the major issues traders face is the long lines of trade vehicles waiting for clearance at Torkham and Chaman crossing points. The traders have long demanded the government to provide more facilities at other crossing points to reduce the burden on the two major crossing points as for landlocked Afghanistan, Pakistan is the major trade route.

Hussain further said that three borders crossings were selected for transit between the two countries including Ghulam Khan, Chaman and Torkham crossing points, however, Ghulam Khan was not immediately opened for transit until both countries agreed on it and proper facilities are provided by the authorities.

So far, transit trade was not allowed through Ghulam Khan crossing point, however, due to long queues of vehicles at Torkham and Chaman, it has now been decided to allow transit vehicles on this crossing point as well.

Due to the opening of the crossing, it is expected that exports between both countries will see a boost. Presently, only cement has been allowed to be exported via Ghulam Khan Border crossing, but in a few days, other items are also expected to be allowed soon.

According to sources, Ghulam Khan crossing was opened earlier for trade but the custom clearing system was manual which slowed down the work as well as created problems, including financial irregularities. The WeBOC system was essential for the trade flow which will also prevent irregularities and will speed up the clearing process, they added.