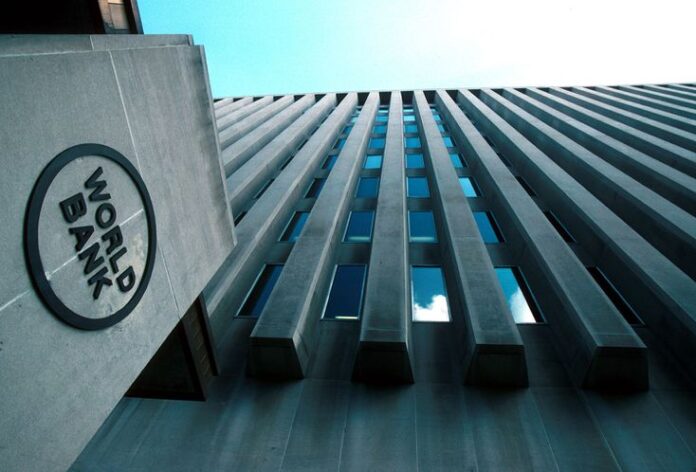 ISLAMABAD: The progress of key markets that regulate the allocation of productive factors like land, capital and labour in the country has been stunted by an insider-outsider model of development, according to the World Bank’s first Systematic Country Diagnostic (SCD) report for Pakistan.

Due to the precedent and legacy, insiders that controlled higher amounts of original land endowments, physical and human capital, did not have the incentives to support policies that could have addressed existing factor market imperfections. Rather, this could potentially dilute their economic, social and political power, and their grip over state resources.

Furthermore, the citizens who would have benefited from such reforms (outsiders) lacked the resources and political representation to bring about change. In this framework, constraints to Pakistan’s growth and prospects of poverty reduction – including low investment, weak fiscal management, and slow and unequal progress on human capital accumulation and growth-enhancing structural transformation – can be ascribed to the lack of support for reforms that could address the inefficiencies.

The Systematic Country Diagnostic report, titled “Levelling the Playing Field”, was aimed at detailing the country’s ongoing structural reform process and providing an analytical base for the World Bank’s engagement moving forward.

The report stated change is necessary to bring Pakistan out of the “development trap”.

Consumption-led growth, with limited capital accumulation, declining productivity growth, and limited labour reallocation towards more productive sectors will be insufficient to move Pakistan out of its structural boom-bust cycles.

Without addressing the existing inequality of opportunities and systematic socioeconomic discrimination affecting women in Pakistan, the prospects for sustaining poverty reduction and increasing shared prosperity moving forward are limited. These challenges are further exacerbated as the country grapples with the socio-economic consequences of the Covid-19 pandemic.

The country diagnostic identified two methods for Pakistan to attain developmental and economic growth: increasing competitiveness, and promoting equity and inclusion. Policies aimed at levelling the playing field and changing the distribution of power are needed to address the power skews associated with insider-outsider dynamics. These methods are pivotal to Pakistan’s development as the country addresses and recovers from the challenges brought about by the Covid-19 pandemic.

The elite capture led to an “insider-outsider” model of development, in which weak and captured institutions serve the narrow interests of the insiders, while they themselves fail to provide universal opportunities for socioeconomic development to the outsiders.

The report states the provision of opportunities is mediated within a system of client-patron relations, which allows the elites to maintain their hold on political power and economic resources. This perpetuates extractive institutions and power asymmetries in a vicious cycle over time; while simultaneously undermining the legitimacy and effectiveness of Pakistan’s formal institutions.

By providing patronage and public goods to their tenants, big landlords were able to secure political power and to preclude the development of effective policies for the “anonymous” provision of welfare by the State.

Over time, through their influence on economic policies and collusion with other economic elites for the control of state resources, inequality in assets was perpetuated and the clientelist equilibrium reproduced.

In a perfectly competitive market, capital would flow to the most profitable investment projects, leading to productivity-led growth. However, in Pakistan, the insider elites, have distorted the allocation of capital in favour of sectors dominated by them, with significant negative distributional and efficiency implications.

In the agriculture sector, state intervention has contributed to an increased advantage for big landowners at the expense of small farmers outsiders, and this has lead to not only environmentally unsustainable practices but ultimately to the sector’s sluggish growth.
Similarly, in the industry sector, the state’s intervention through tax and trade policies has created barriers for new/smaller businesses to enter the market while shielding larger companies from competition.

Direct state intervention in key sectors of the economy through price controls, licensing schemes, state-owned enterprise (SOEs) and market regulation has distorted the allocation of resources in a way that benefits the insiders. The federal government owns 206 SOEs with a combined output of 10.9 per cent of GDP, and employ fewer than half a million people.

The government’s growing financing needs and policy-induced differential returns of investments have contributed to distorting the allocation of commercial banks’ credit in favour of insiders. Credit to the public sector in Pakistan has increased dramatically in recent years, both as a percentage of total credit extended by the banking sector and in absolute terms.

Even within the corporate sector, lending is significantly concentrated: 20 business groups in the country account for 30 per cent of the banking sector’s private sector lending portfolio and a mere 0.4 per cent of bank borrowers’ account for 65 per cent of all bank loans.

Pakistan’s elites had little interest in supporting human capital accumulation, and investments in public education and health service provision have traditionally not been high on the policy agenda. In the absence of well-functioning credit markets, public sector provision of health and education is necessary for human capital accumulation, and so is public support for collecting and redistributing resources toward these sectors.