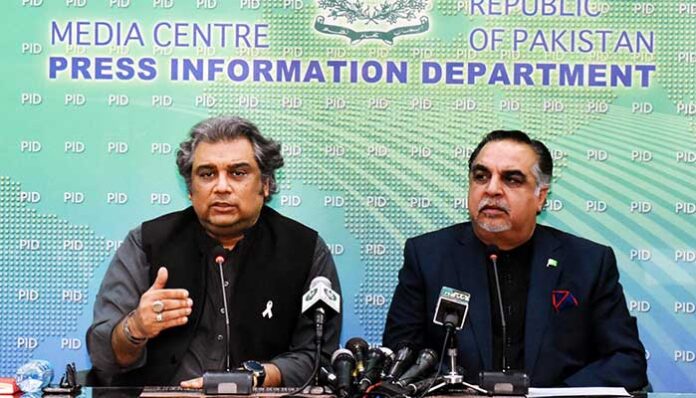 ISLAMABAD: Sindh Governor Imran Ismail has claimed that the Bundal Island project off the coast of Karachi will attract $50 billion investment, which will benefit the country’s overall economy.

Addressing a news conference along with Maritime Affairs Minister Ali Haider Zaidi on Thursday, the governor said that the federal government will take all the stakeholders on board prior to initiating this eco-friendly project.

He said a working group will be established consisting of representation from provincial and federal governments and other relevant departments.

“Bundle Island will increase the revenue of Sindh and it will also become an important  tourist destination in the country,” Ismail said, adding that the project would attract up to five million tourists with people already approaching the government for investment in the project.

He said that Prime Minister Imran Khan wants to expedite work on the Bundal Island project aimed at constructing two new cities on the island.

The governor said the project will generate approximately 150,000 job opportunities, adding that he will soon hold a meeting with Chief Minister Sindh Murad Ali Shah to address reservations of the Sindh government.

“Bundal Island will remain part of the Sindh province,” he said. “This is not a housing project rather a plan to construct a city.”

Speaking on the occasion, Maritime Affairs Minister Ali Haider Zaidi said that the area of Bundal Island is under jurisdiction of Port Qasim Authority. “Pakistan People’s Party is trying to make it an issue unnecessarily,” he maintained.